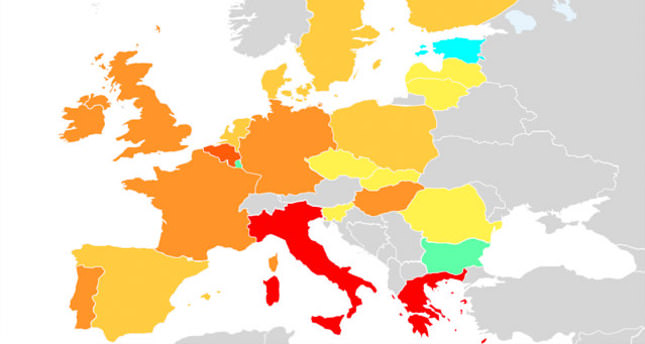 by May 06, 2014 12:00 am
BRUSSELS — The European Commission raised its growth forecast for the EU, saying "the recovery has taken hold." The 26 nations of the EU are forecasted to grow by 1.6 percent for 2014, up slightly from the forecast of 1.5 percent made late February. The growth forecast for the 18-nation Eurozone remains at 1.2 percent for 2014. The Commission expects the jobs market to continue to improve, forecasting EU unemployment will fall to 10.1 percent this year. In March, the rate was 10.5 percent. Unemployment in the Eurozone is expected to fall to 11.4 percent from 11.8 percent in March. Siim Kallas, the Commission's vice president, said, "Deficits have declined, investment is rebounding and, importantly, the employment situation has started improving. Continued reform efforts by member states and the EU itself are paying off."