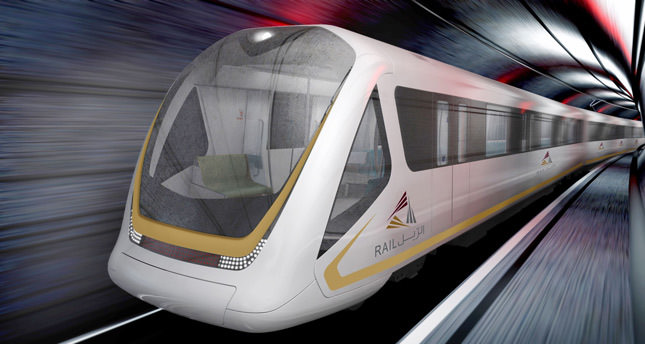 by Daily Sabah May 07, 2014 12:00 am
ISTNABUL — Turkey's STFA Group and Yapı Merkezi won a tender on April 23 for the Qatar Doha Metro Project, which on Tuesday was announced to be worth $4.4 billion (TL 9.2 billion), the highest-value tender a Turkish contractor has ever won abroad.

The two leading Turkish companies won the so-called "Gold Line" contract that covers the construction of four separate lines to be integrated into Doha's metro network and the tender is the most costly among investments in preparation to host the 2022 World Cup. Many companies from across the world have sought to cash in on investments in Qatar, such as the construction of a metro, underground stations, railways, stadiums, shopping malls, hotels, highways, bridges, immersed tunnels and reservoirs.

Some 700 companies were said to have entered figures for a chance at the Gold Line contract. The qualification stage lasted for nearly one year and the tender process began in May 2012. Eighteen joint enterprises consisting of 52 companies were allowed to bid for two packages out of five. The Gold Line tender bid by Yapı Merkezi and STFA lasted for nearly two years. When the last stage was reached, the joint enterprise, including STFA and Yapı Merkezi, competed against the joint enterprises Impregilo (Italy)-SK (Korea), Hochtief (Germany)-CCC (Greece/Palestine) and BAM (Netherlands)-Sixco (Belgium)-Midmac (Qatar). In the last stage of the project, STFA and Yapı Merkezi were left together with a joint enterprise led by Hochtief. The project is scheduled to be completed in August 2018.