ECB leaves rates on hold at record low of 0.25% 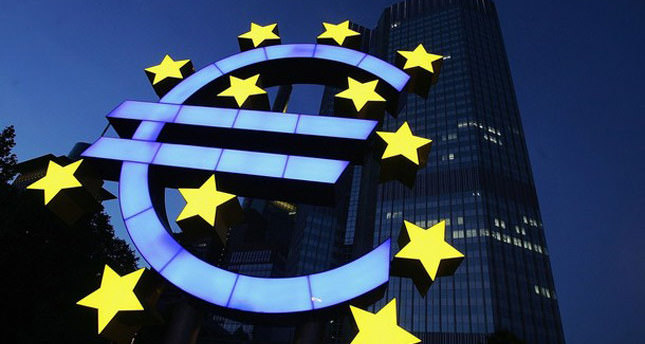 by May 08, 2014 12:00 am
BERLIN — The European Central Bank kept interest rates on hold at an historic low of 0.25 per cent Thursday, despite pressure to act to head off the threat a strengthening euro holds for consumer prices. Many analysts believe the ECB will now wait until June, when it releases its new inflation and economic growth forecasts for the 18-member eurozone, before considering any further action. The Frankfurt-based ECB, which held one of its regular out-of-town meetings in Brussels, last cut the cost of money in November, when it trimmed its benchmark refinancing rate by 25 basis points. Since then, ECB chief Mario Draghi has warned that the currency bloc could be facing a protracted period of low inflation as the region's cash-strapped southern members struggle to emerge from recession and a stronger euro pushes down prices - fueling deflation fears. Apart from hitting wages and driving up debt bills, low inflation could lead to consumers' delaying purchases in anticipation of further declines in prices, which would in turn undercut household spending. The euro continued to edge its way back up to a two-and-half year high of 1.40 dollars following the ECB rate announcement. Inflation in the eurozone rebounded to 0.7 per cent in April, the EU mstatistics office Eurostat reported last week. Still, that means consumer prices remained well below the ECB's annual inflation target of just under 2 per cent. Separately, the Bank of England, meeting in London, decided to keep its interest rates on hold at a record low of 0.5 per cent amid slower-than-expected first quarter economic growth and subdued price pressures. UK borrowing costs have now been unchanged for more than five years. The bank's Monetary Policy Committee also maintained its quantitative easing stimulus programme at 375 billion pounds (636 billion dollars). However, the build-up to Thursday's ECB meeting has been accompanied by signs that the eurozone economy might have turned the corner in its battle to remain on a path to economic growth. The London-based Markit research group confirmed this week that its purchasing managers' index for the eurozone's manufacturing and service sectors increased at its fastest pace in almost three years in April, rising to 54 points. This came after Portugal said it was planning to follow Ireland and end its EU-led 78-billion-euro (108.13-billion-dollar) bailout by returning to the debt market. However, data from the eurozone's biggest economy, Germany, has underlined the region's uncertain outlook. German industrial production posted a surprise 0.5-per-cent decline for March, bringing to an end four consecutive monthly gains, the Ministry of Economics reported. This followed a bigger-than-forecast fall in output in France and German monthly factory orders. Additionally, Germany's manufacturing order book contracted by a more-than-forecast 2.8 per cent in March amid a sharp decline in demand from the eurozone, the ministry announced Wednesday.
Last Update: May 08, 2014 3:00 pm
RELATED TOPICS