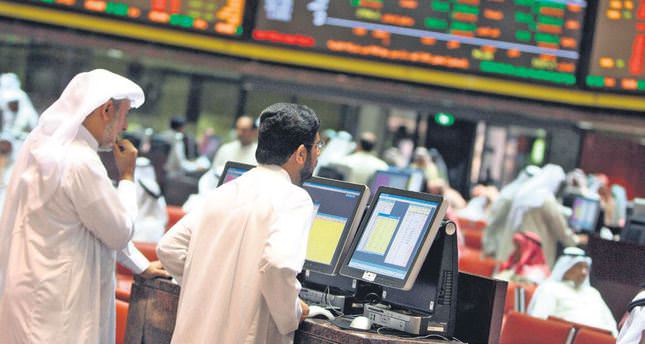 While oil prices are set to weaken to $106 per barrel in 2014 and $101 next year from around $108, a Thomson Reuters polls show Gulf Arab states' government spending will likely stay high

DUBAI — Gulf Arab states are likely to see shrinking fiscal surpluses over the next two years as government spending stays high while oil output and crude prices are expected to ease, a Reuters poll showed on Tuesday.

Saudi Arabia's budget surplus, which the International Monetary Fund estimates was 8.3 percent last year, was expected to shrink to 4.9 percent of gross domestic product this year and 3.7 percent in 2015. The Reuters poll of 17 analysts was conducted over the past two weeks. A previous survey conducted in January forecast the Saudi fiscal surplus at 5.0 percent of GDP in 2014 and 3.5 percent in 2015.
Oil prices are set to weaken to $106 per barrel in 2014 and $101 next year from around $108 now as US and OPEC members Iraq and Libya step up production, a separate Reuters poll of oil analysts showed. That will probably dent vital export receipts for the six oil-reliant Gulf Cooperation Council states, which also include the United Arab Emirates, Kuwait, Qatar, Oman and Bahrain.

Falling revenues are bad news for small non-OPEC oil exporters such as Oman, which some analysts already expect to tip into deficit this year, and Bahrain, which could slide deeper into the red. "I do not think we will see huge growth in government spending over the next few years. It is just the revenue side that creates a decline in surpluses," said Fahad al-Turki, head of research at Jadwa Investment in Riyadh. Oman's budget surplus should also shrink this year, to 1.7 percent of GDP, with the economy set to break even next year, the poll showed - a much more bearish forecast than the 2.9 percent and 2.1 percent of GDP surplus seen in January. Bahrain may see a gap of 3.7 percent compared with the previous prediction for a 4.7 percent shortfall.

The erosion of surpluses has prompted calls to restrain the government spending that has powered the Gulf 's economic boom over the past two decades. But Turki said there is little pressure to put Gulf public finances on a more sustainable path "because they have accumulated huge surpluses and most GCC has very small debt to GDP". "So I doubt we will see any decline in government spending in any of the countries over the short term," he said. The budget plans of Saudi Arabia, Kuwait and Oman for this year suggested expenditure growth would be much slower. The 2014 budget plan of Riyadh, which has accumulated $725 billion of foreign assets, sees a rise of just 4 percent compared to the original 2013 budget, the slowest rate since 2003. And cash-rich Qatar pencilled in only a 3.7 percent increase in its record 2014/15 budget, the slowest clip since 1999. It also told the IMF in February that it plans to largely eliminate the tradition of spending overruns.

On the growth front, the prospects are bright as the vibrant non-oil sector is likely to offset the slowdown in hydrocarbons, analysts said, keeping their forecasts largely unchanged. "We are very optimistic about the outlook for the GCC this year. We think nonoil growth is going to be the main driver," said Khatija Haque, senior economist at Emirates NBD in Dubai. "All is looking much better than a year ago. The U.S. economy is going from strength to strength and the UK economy forecasts have been revised upwards. As long as it (China) does not have a hard landing, we should be okay," she said.

Qatar should keep outperforming the other five GCC states with 6.1 percent growth in 2014 and 6.0 percent in 2015, as it pumps billions of dollars into construction ahead of the 2022 soccer World Cup tournament. In fellow OPEC member the UAE, where a double- digit jump in Dubai property prices has fanned fears of bubble, GDP should grow 4.3 percent this year and 4.0 percent in 2015, the poll showed.