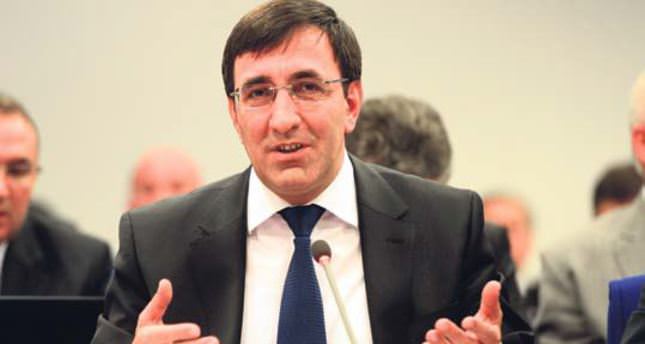 Although the IMF and World Bank lowered their 2014 growth forecasts for Turkey, positive economic indicators early this year come as a relief

ISTANBUL — Last month the World Bank and International Monetary Fund (IMF) lowered their prediciton for economic growth in Turkey. Minister of Development Cevdet Yılmaz yesterday stressed that no slowdown is expected in the growth rate and the target of 4 percent for this year is achievable. Yılmaz also noted that the increase in exchange rates and interest has not had a negative effect on economic targets or national income. Yılmaz stressed that Turkey is a "safe port," adding that "it is expected that the foreign trade and current account deficits will be reduced because exports scale up more rapidly than imports,"

According to data released by the Turkish Statistical Institute, the monthly industrial production index increased by 7.2 percent in January 2014, which exceeds market expectations, compared with the same period last year. The production of intermediate goods increased by 9.3 percent, durable consumer goods increased by 2.8 percent, consumer non-durables by 8 percent, energy by 2.5 percent and capital goods by 7.4 percent. The uninterrupted increase in the production of capital goods suggests that investment expenses may increase in the near future.

It is expected that the annual increase of the Consumer Price Index at the end of the year will stand at about 5.3 percent. However, the upward trend spurred on by exchange rates, the negative impact of interest rates and the possible effects of a decrease in food production, the course of energy prices and expectations will also have an effect on food prices.the minister said.