Around 400 US-led mercenaries deployed to Ukraine 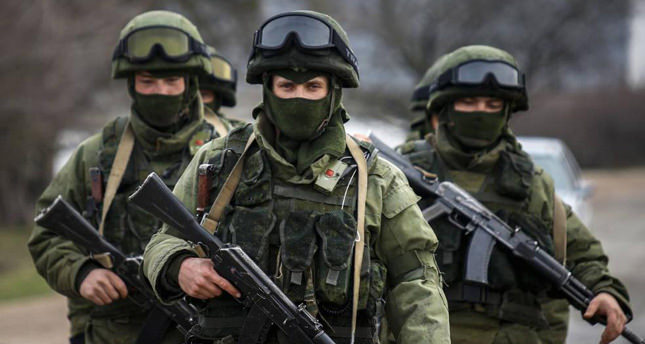 by Anadolu Agency May 12, 2014 12:00 am
BERLIN — Reports have indicated that mercenaries employed by the American security company Academi are engaged in fighting against pro-Russian militants in Ukraine.

Bild am Sonntag broke the story based on information obtained from sources in the BND, German foreign intelligence service, who claimed there are nearly 400 U.S. mercenaries engaging in operations against pro-Moscow powers in Ukraine.

The mercenaries are alleged to be working under Academi, a successor of Blackwater Security Company, which previously operated in Afghanistan and Iraq. In particular, it was reported that well-trained fighters with heavy weapons are directing and coordinating guerilla operations in Luhansk.

Academi denied the allegations in March and the BND refrained from making a statement about the issue. Bild am Sonntag says that information they obtained confirms that a number of operations have been conducted by special troops in Ukraine and that the BND reported this information to the German Prime Ministry on April 29.

The whistleblowing website Wikileaks published documents in 2010 showing that Blackwater mercenaries in Iraq opened fire on and tortured Iraqi civilians. Blackwater changed its name to Xe Services in 2009 and Academi in 2011 in the aftermath of the incident.

Additionally, Bild am Sonntag alleged that Russian air force jets have intentionally violated Ukrainian air space several times. The newspaper declared that radio communication between soldiers in the Russian army were intercepted by the American National Security Agency and transferred to German intelligence.

According to the wiretapping records, Russian pilots were ordered by their commanders to violate the Ukrainian airspace. This accusation was directed at the Kremlin by the Pentagon on April 26, however, the Kremlin denied it.