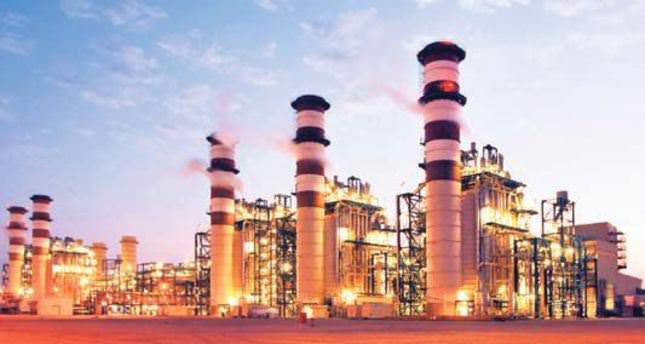 The IMF extended a deservedly healthy report pertaining to Qatar's economy. The fund believes the country's economy is projected to expand by a sizable 7 percent in 2015 on the back of developments outside of the petroleum sector

A 7 percent expansion is projected for the economy in 2015 thanks to developments outside of the petroleum sector. All the statistics are in real terms, adjusted for inflation.

In addition, the economy is not suffering from serious inflationary pressures. The performance reflects steady investments in nonhydrocarbon sectors, notably construction, financial services and hospitality. Qatar's projected spending for fiscal year 2014-15 stands at $60 billion (TL 124.5 billion), up by 3.7 percent from the budgeted figure for 2013-14. This record spending is part of a broader investment plan designed to prepare Qatar for the 2022 World Cup, being held for the first time in the region. The plan calls for investing some $182 billion in a span of five years covering projects such as the metro and light rail systems, as well as expansion of road networks.

Meanwhile, the IMF warned of overheating in the economy via substantial spending. This is partly evidenced by the projection of inflation rates of around 3 to 4 percent in 2014 and 2015. In addition, the hydrocarbon sector remains the primary source of budgetary revenues and export earnings, and continues to dominate GDP components. The fact that per capita income in Qatar is the highest in the world says a great deal about the wellbeing of its economy. The World Bank puts the value of Qatar's per capita on power purchasing parity basis at $146,521 per annum based on 2011 figures. Also, Qatar achieved regional leadership in the Network Readiness Index (NRI) as part of the recently released Global Information Technology Report 2014. Qatar is ranked 23rd worldwide, the best among Arab countries.

Separately, state-owned Qatar Petroleum (QP) said it would invest over QR40 billion ($11 billion) to redevelop the Bul Hanine offshore oil field to prolong its life and increase its output. The field off Qatar's east coast currently produces around 40,000 barrels per day (bpd) of crude oil, and QP hopes to more than double output to 90,000 bpd by 2020, industry sources told Reuters earlier this year. "The magnitude of this investment reflects the extent of project scope that includes new offshore central production facilities and a new onshore gas liquids processing facility at Mesaieed. This will be marked by a massive drilling campaign of about 150 new wells between now and the year 2028," the company said in a statement on Friday.

It added that new wells would be drilled from the existing and modified well-head jacket, as well as from 14 new well-head jackets.
The project includes the expansion of a QP-owned gas processing plant at Mesaieed to help collect about 900 million cubic feet of sour gas per day. The gas will go through a new 150 kilometer subsea pipeline and be used to make jet and vehicle fuels. The dry gas will then be pumped back under the Gulf to boost field recovery rates. Over the past few years, QP has been receiving technical advice from French energy major Total on how to get more out of the ageing Bul Hanine field, which began production in 1972.
Last Update: May 12, 2014 1:09 am
RELATED TOPICS