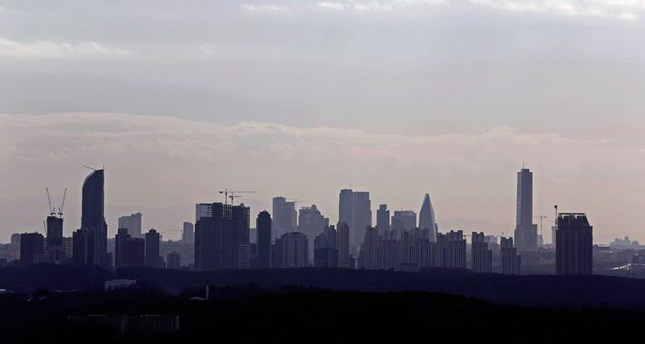 by AA May 12, 2014 12:00 am
ANKARA — The western province of Istanbul, the largest city in Turkey, is boosting the country's exports and imports by providing and spending more than half of the country's foreign trade, according to Turkstat, Turkey's statistics authority.

Turkey's total exports stood at $40.2 billion in the first quarter of this year, while its import was at $57.4 billion.

The western port city of Izmir came second in foreign trade with $3.1 billion in exports and $2.3 billion in imports.

Additionally, a total of some $177.8 billion was spent from the central administration budget last year. Istanbul single-handedly contributed a sweeping 39.05 percent of the entire state budget with some $68.2 billion in 2013.

A total of some $177.8 billion was spent from the central administration budget in the last year. The Finance Ministry says $195 billion was allocated to public institutions for 2014 budget year.