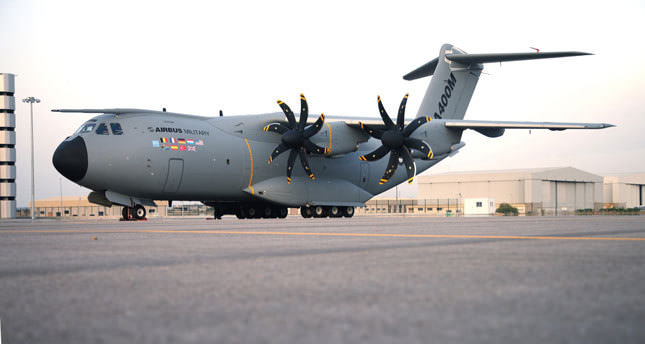 In addition to emphasizing that all aircrafts would be manufactured solely with equipment produced in countries that are part of the consortium, Soylu noted that Turkey had a 6 percent share in the manufacturing of the A400M. "Turkish companies from the defense industry have a share in the process of design and manufacturing of the A400M. In the scope of the program, engineers and technicians of Turkish Aerospace Industries, Inc. (TUSAŞ) will design and manufacture main structural components such as some parts of the aircraft's airframe, paratrooper doors, emergency exit door and tail cone together with ailerons, lighting system and waste/fresh water systems. All the cabling system will be manufactured by TUSAŞ.

In other words, the TUSAŞ cabling system will be used in all 170 aircrafts. With this share in manufacture, Turkey will gain 1.1 billion euros by the end of 2030. It will be a very significant source for Turkey's economy," added Soylu. "Every A400M aircraft will feature equipment designed and manufactured by TUSAŞ. Moreover, companies having a share in the program will repair and maintain the aircraft," Soylu remarked.