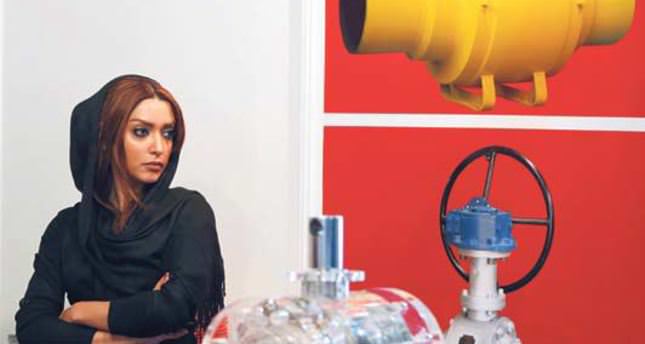 by May 12, 2014 12:00 am
LONDON — Payment problems are disrupting commercial food cargoes to Iran, with hundreds of thousands of tons of grain and sugar stuck in transit, as Western banking sanctions complicate deals and trade financiers scale back exposure. Iran is not barred from buying food or other "humanitarian" goods under sanctions imposed over Tehran's pursuit of nuclear technology, but measures by the European Union and the United States have made trade more difficult over the past two years. A spokeswoman for U.S. agribusiness company Archer Daniels Midland, which has supplied Iran, said many international banks would not participate in transactions with Iran "for fear of being sanctioned or fined". Several international trade sources, with knowledge of deals that have been affected, told that ships carrying cargoes of grain, including wheat and soybeans, as well as raw sugar, have been stuck for several weeks outside Iranian cargo ports such as Bandar Imam Khomeini and Bandar Abbas. With evidence of people starting to stockpile food and prices rising following cuts in government subsidies, Iranian officials acknowledged to Reuters that there are import problems, notably due to reluctance among international banks.

One European trade source said: "There are problems getting paid on deals and Iran looks to be struggling on the trade finance side. It comes down to the banking complexities, which have held up cargoes for a number of suppliers." Several trade sources point to growing difficulties opening letters of credit, vital to ensuring smooth delivery of goods. "Western banks are unwilling to get involved," a second European trade source said. "As soon as the banks see the word 'Iran' in the paperwork, you get it rejected." Bankers and government officials said Western lenders are steering clear of attempts by Iran to get them involved in financing humanitarian transactions, fearing they could be penalised under U.S. sanctions. "We still cannot open letters of credit," said one Iranian government official, who spoke on condition of anonymity. "International banks are concerned about - or let's say afraid of - doing business with Iran," the official added. "And we don't know what the solution will be. Dozens of ships are waiting at the ports and we just can't do anything." Reuters ship tracking data shows that five panamax- sized vessels, each capable of carrying 60,000 to 70,000 tons of grain, reached Iran in early April from ports in Europe, Australia and South America. The vessels were still located around Bandar Imam Khomeini and Bandar Abbas on May 9, several weeks after they should have been able to discharge a cargo.

A European trade source said at least one or two cargoes had been re-routed to other buyers: "The shipments in question were stuck in Iran for a long time and clocked up a big loss," the source said. A second Iranian government official said ships were waiting with
perishable goods: "A few have had to return to the country that we purchased goods from.