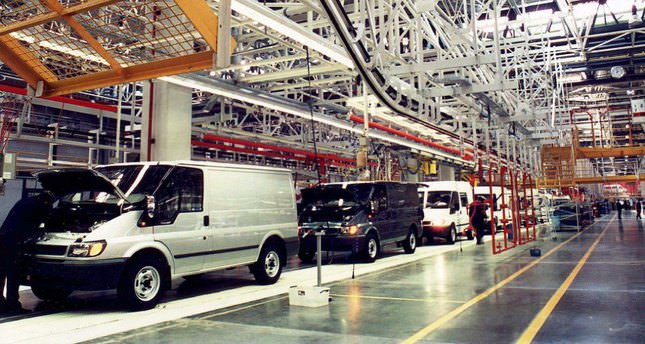 by Taha Meli Arvas May 13, 2014 12:00 am
News of impending quantitative easing by the European Central Bank coupled with capital flight from underperforming markets continue to push Turkish markets higher. Recent comments by ECM Chairman Mario Draghi, point to the initiation of Fed-style quantitative easing (QE) in the perennially sluggish Eurozone. This announcement was immediately greeted with a fall in the Euro against major currencies including the Turkish lira.

During a period of relative calm in financial markets, no major data is slated to be released this week. Last week the only major data released was the Industrial Production number, which showed that the Turkish manufacturing sector continues to grow stronger with a 4.2 percent increase in production. Economists had expected a more modest 3.7 percent increase.

The lira continues to gain strength against the dollar despite an artificial 2.05 lira/dollar floor put in place by the Minister of Economy, Nihat Zeybekçi, in answering a question related to how low he believes the rate should fall.

The lira currently sits at 2.075 Turkish liras to the U.S. dollar, up from the 2.09 level it held last week. This level will most likely hold steady until the Turkish presidential election this August.

In equity markets, the benchmark BIST-100 continued to gain ground, as it increased to 76,350 from its level of 75,047, one week ago. That is an increase of 1.8 percent in the last week. This is an increase of 20.6 percent in the last two months in Turkish lira terms and an increase of over 28 percent in U.S. dollar terms. While some investors may wonder if the time is ripe for profit-taking, it's important to note that the index is still 25 percent below its high of 93,400 from one year ago. The market continues to be bolstered by an increase in international fund flows to Turkey. The Central Registry Agency's (MKK) foreign participation in Turkish Equity's index sits steady at 63.8 percent up from 61 percent in March, a nominal increase of about 4 billion Turkish liras for the year.

Continued turmoil in Russia and a melancholic Eurozone have motivated investors to look for greener pastures. The BIST-100 index's Price/Earnings ratio is currently at 12.35, which is relatively low compared to the U.S. S&P, German Dax and Japanese Nikkei, which are much higher with PE ratios of 17.23, 17.44, and 18.6 respectively. The only major index whose PE ratio is below that of Turkey's is the Russian Micex Index, which is at 6.3. Russia's most recent default, continued political issues and an aging population, artificially depress its numbers, however, Turkey's favorable demographics taken with the relative strength of its economy will continue to make its equity markets a destination for value-hunters in the near-term.

Fixed income markets saw profit-takers exit the market as the white-hot 10-year bond took a breather while the benchmark two-year bond continued to rally. Bond yields were at 9.42 percent and 9.25 percent respectively from their highs of 9.16 percent and 9.42 percent one week ago. My prediction of a 0.25 percent decrease in bond yields therefore did come true for the two-year bond, two-weeks early, while the 10-year has yet to reach my predicted levels before the Monetary Policy Meeting of the Central Bank of Turkey slated for later this month.

Credit Default Swaps, insurance against political and economic stability, continued to drop in price, down to 1.84 percent from the 1.89 percent level they were at last week.This is the lowest level since July of last year.

The month of May, although generally thought of as the time to exit financial markets for the year, is proving to be a period where the bulls of Istanbul continue to dominate markets. Look for the Turkish lira to hold steady, equity markets to continue to rally, while fixed income markets may see a shortterm period of profit taking before continuing to do well throughout the summer.
RELATED TOPICS