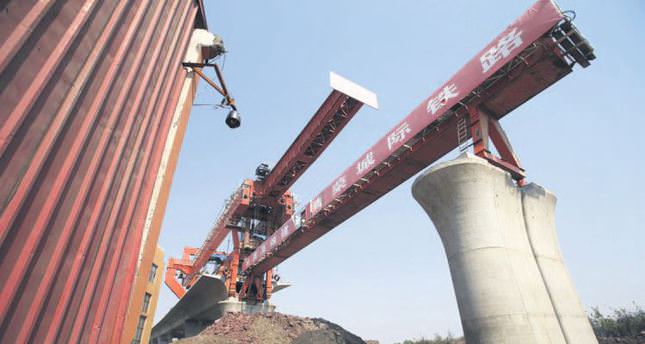 by May 14, 2014 12:00 am
BEIJING — China's fixed-asset investment, a main measure of government spending on infrastructure, rose at its slowest pace in more than 12 years in January-April, data showed yesterday, fuelling calls for Beijing to act to boost the economy.

Growth in the world's second-largest economy is decelerating, but leaders in Beijing say they want to wean the country off investment as the key driver of expansion and shift the focus to consumer spending.

Fixed-asset investment increased 17.3 percent year-on-year in the first four months of 2014, slowing from 17.6 percent in the first three months, the National Bureau of Statistics (NBS) said. The figure is only released cumulatively, and the reading was the lowest since a 13.7 percent increase for the whole of 2001, NBS data showed. It was one of several statistics adding to concerns over the weakening of China's economy, a key driver of global growth, and analysts called on Beijing to ease its monetary policy.

Industrial output, which measures production at factories, workshops and mines, increased 8.7 percent year-on-year in April, the NBS said, edging down from 8.8 percent a month earlier. The indicator rose 8.6 percent in the first two months of the year, the slowest in five years, previous data showed. And retail sales, a gauge of consumer spending, grew 11.9 percent year on year, the NBS added, down from a 12.2 percent rise in March.

The figures are the latest to show a slowdown in the economy, which grew 7.4 percent year-on-year in the first three months of 2014. That figure was weaker than the 7.7 percent in October-December and the worst since a similar 7.4 percent expansion in the third quarter of 2012. Premier Li Keqiang in March announced a growth target of "around 7.5 percent" for 2014.
RELATED TOPICS