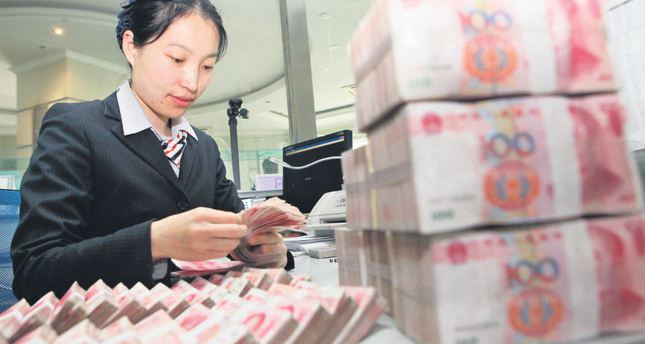 According to the government's premier research group, China's unofficial banking sector could pose a threat to the country's financial system. The system is worth $4.4 trillion

BEIJING — Shadow banking in China encompasses a huge network of lending outside formal channels and beyond the reach of regulators, including activities by online finance platforms, credit guarantee companies and microcredit firms. The system is worth 27 trillion yuan ($4.4 trillion), equivalent to nearly one fifth of the domestic banking sector's total assets, according to a report by the Institute of Finance and Banking under the Chinese Academy of Social Sciences CASS-China's highest academic research organisation in the social sciences. The figure is slightly lower than an earlier estimate by ratings agency Moody's, which put shadow banking activities at $4.8 trillion in 2012, more than half of the country's gross domestic product. "What matters most is not the scale of the shadow banking system," CASS said in a statement for the launch of the report provided to AFP yesterday. "Once big risks arise from the shadow banking system, they could rapidly spread to the banking segment and the real economy through the monetary and credit markets, posing systemic financial risks," it said. China's financial markets were rocked by several debt defaults earlier this year. In one case, a $160 million investment product structured by Jilin Province Trust and backed by a coal firm failed to make capital and interest payments.

Separately, a $500 million investment product structured by China Credit Trust avoided default in January after an unknown party made good on principal payments to hundreds of investors, though they did not received pledged interest. Chinese authorities have shown tolerance towards individual defaults, calling them unavoidable, but have pledged to keep potential risks in check. Analysts say the defaults could benefit the market in the long term by raising awareness of risk and making investors more selective.

On the other hand U.S. Treasury Secretary Jacob Lew urged Chinese leaders to accelerate market reforms of their country's undervalued renminbi currency yesterday. "It is important that China demonstrate a renewed commitment to move to a more market- determined exchange rate and a more transparent exchange-rate policy," Lew said before talks with Chinese Premier Li Keqiang.

It was also vital for China to "honour its bilateral and G-20 commitments, which will help provide a more level playing field and foster more balanced global trade," Lew said, referring to the group of 20 leading developed and emerging economies. "We must continue our efforts to break down barriers to bilateral trade and investment that keep our economic relationship from achieving its full potential for the people in our two nations," he said. Before separate talks with Vice Premier Wang Yang, Lew urged the ruling Communist Party to develop China's economy "in a way that is fair, balanced, and consistent with international trade rules." China has promised gradual, cautious liberalisation of its exchange rate and rejected repeated accusations that it has kept its currency artificially low to boost exports. The renminbi is closely tied to the dollar but is allowed to fluctuate by up to 2 per cent daily, after the government doubled the daily margin in March. But the central bank, the People's Bank of China, still sets the daily parity rate, allowing it to prevent big swings in the value of the currency.
RELATED TOPICS