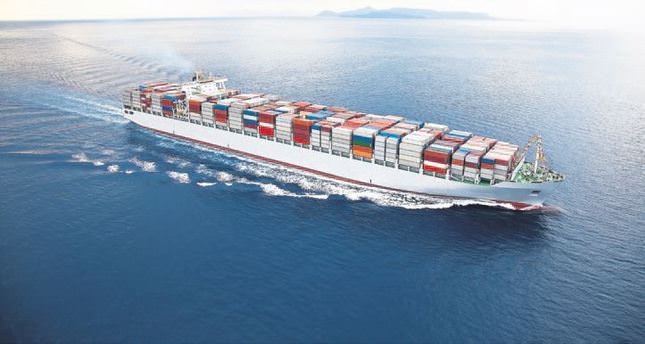 by AA
May 14, 2014 12:00 am
ISTANBUL — The central bank of Turkey (CBT) released data on Turkey's current account deficit (CAD) on Tuesday which showed that the country's CAD stood at $3.2 billion (TL 6.63 billion) in March. This compared favorably with the $5.6 billion deficit posted in March 2013 and showed that the 12-month trailing CAD fell sharply to $59.9 billion (7.5 percent of GDP) in March from $62.3 billion (7.8 percent of GDP) in February. This constitutes the largest improvement since October 2012. Economists highlight a tightening in domestic demand and favorable effect of economic recovery in the EU on Turkey's exports.

Chief Economist at Halk Yatırım Banu Kıvcı Tokalı noted that a narrowing foreign trade deficit had a noticeable effect on the CAD decreasing in March. Kıvcı also emphasized that the CAD declined $5.1 billion in the first quarter of 2014 compared to the previous year in the same period. Kıvcı said that expected-toincrease domestic demand and normalization in the Turkish lira's value may see the CAD decrease in coming months.

Speaking to Anadolu Agency, an economist at Finansinvest Burak Kanlı remarked that the CAD announced by the CBT is compatible with the expectations of the market. "Recovery in foreign direct investments has been persistent in the first quarter of this year and 50 percent larger than last year in the same period. " the economist said.