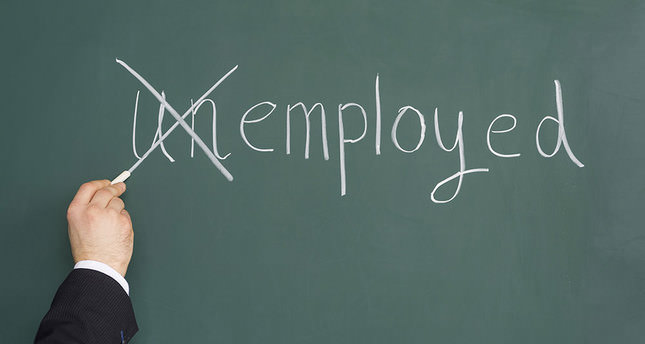 by AA May 15, 2014 12:00 am
ANKARA — Turkey's unemployment rate fell 0.3 percent to 10.2 percent in February this year compared to the same month last year, according to Turkstat, Turkey's statistical authority.

Data released Thursday showed that the number of unemployed fell by 16,000 to 2.8 million in February.

Of those in employment in February 20.2 percent worked in agriculture, 21.4 percent in industry, 7 percent in construction and 51.3 percent in the services sector.

According to the Turkish government´s medium-term program the rate of unemployment is expected to fall to 9.4 percent in 2014.