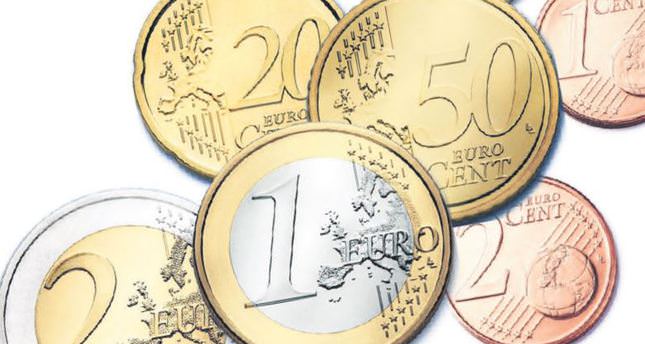 Europe's economy failed to gain any momentum in the first quarter, solidifying expectations that the European Central Bank will soon back fresh stimulus measures to shore up the recovery

FRANKFURT, Germany — The economic recovery in the 18-country eurozone failed to gain any momentum in the first quarter as official figures showed growth unchanged at 0.2 percent in the first three months of the year. Though that was the eurozone's fourth-straight quarter of expansion, the increase was below the consensus in the markets for a 0.4 percent rise from the previous quarter.

The quarterly figures yesterday from Eurostat, the EU's statistics office, showed that a flat economy in France and falling output in Italy and the Netherlands offset a strong rebound in Germany. France has lagged behind in reducing worker protections and cutting labor costs for business, steps that have benefited other eurozone economies. Disappointing growth is likely to fuel expectations that the European Central Bank (ECB) will take additional stimulus measures next month.

Germany, the eurozone's biggest economy, was a star performer with growth of 0.8 percent over the previous quarter, better than analysts had expected. But that couldn't overcome zero growth in France, which had been expected to turn in at least a 0.2 percent increase.
Between them, the two economies make up roughly half of the eurozone economy. A dismal 1.4 percent contraction in the Netherlands and a 0.1 percent decline in Italy did not help, either. Compared to the same quarter one year ago, the eurozone economy grew 0.9 percent. The stage is now set for further action by the ECB. The ECB could cut its benchmark interest rate from what is already a record low of 0.25 percent. It could also impose a negative interest rate for money banks deposit at the central bank, a step aimed at increasing loans to households and businesses.

The ECB could also purchase government or corporate bonds on financial markets to add to the supply of money in the economy. All those steps could help increase an inflation rate of 0.7 percent, which is well below the ECB's goal of just under 2 percent. Low inflation makes it harder for indebted governments to reduce their burdens. It has also raised fears that the eurozone may fall into outright deflation, a crippling downward price spiral that kills growth and business investment.

Separately, Japan's economy grew by a fast 1.5 percent on-quarter in the three months to March, accelerating from the end of last year on rush demand before an April tax hike, data showed yesterday. The latest expansion in gross domestic product was much faster than the revised growth of 0.1 percent in the October-December period and beat market expectations of a 1.1 percent rise. It was also the fastest growth since the July-September quarter of 2011 when the world's third-largest economy bounced back 2.6 percent in the aftermath of the quake-tsunami disaster that disrupted supply chains for Japanese manufacturers and slammed the brakes on growth.
RELATED TOPICS