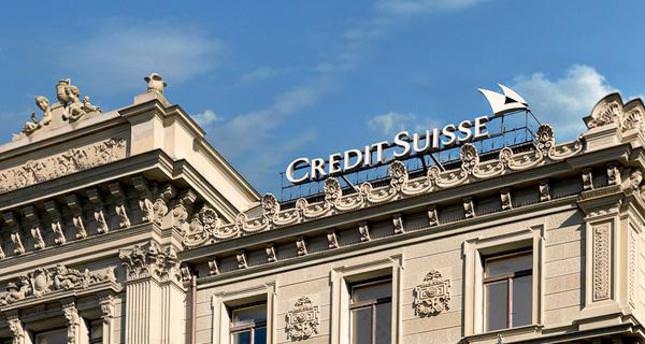 by Associated Press May 21, 2014 12:00 am
GENEVA — Swiss leaders said Tuesday they're satisfied with the U.S. deal to settle criminal charges against Credit Suisse and that it will allow the bank to turn a page on the high-profile dispute. But they noted about a dozen other Swiss regional banks remain in the Americans' crosshairs for allegedly helping tax cheats.

A day after Credit Suisse AG pleaded guilty to helping wealthy Americans avoid taxes and settled for a $2.6 billion fine, Finance Minister Eveline Widmer-Schlumpf said the terms of the deal were acceptable as they did not require the Swiss government to violate its national banking secrecy laws.

"It is important that a solution has been found within the scope of the Swiss legal system," she told a news conference in the Swiss capital Bern.

As part of the deal, Credit Suisse will not have to reveal client names or put in a position where it could be forced to violate Switzerland's bank secrecy laws. To allow that, the Swiss government would have had to pass an emergency law.

To avoid trouble in the future, Widmer-Schlumpf called on the U.S. Senate to approve an agreement that would make it easier for both governments to share information on suspected tax cheats.

In a speech Tuesday after the settlement, Swiss National Bank Chairman Thomas Jordan said "the legal disputes with other countries have called the Swiss banks' cross-border wealth management business into question in a fundamental manner."

Addressing the inaugural Swiss International Finance Forum in Bern, he said "great efforts are required to ensure that the Swiss banking center can remain successful in the global arena in the future."

The Federal council of seven ministers, which includes Widmer-Schlumpf and the president, said in a statement Tuesday that the Credit Suisse settlement allows it to put the long-standing legal dispute to rest and does not threaten its ability to do business in the U.S. as it will retain its banking licenses.

Widmer-Schlumpf noted, however, that other banks, including the regional "cantonal" lenders, remain in talks over charges of misconduct and are likely to agree to settlements over the next few months. Those include Basler Kantonalbank, Zuercher Kantonalbank and Julius Baer Group Ltd.

There are 24 cantonal banks among the 26 Swiss cantons, or states. Several have already said they are cooperating with a U.S.-Swiss government-brokered program aimed at letting banks make up for past misdeeds by paying fines and disclose information.

The Swiss Bankers Association, representing 333 members, agreed that the Credit Suisse settlement "respects the Swiss legal framework" and is positive for the bank to concentrate fully on its business.

Meanwhile, Swiss financial regulator FINMA published a report on its enforcement proceedings against Credit Suisse between 2011 and 2012, focusing on its cross-border business with U.S. clients from 2000 to 2008.

It found that Credit Suisse had failed to minimize risks, as it was required to do, but later took corrective action based on FINMA's orders. "No further measures against Credit Suisse are to be expected," it said.

In January 2013, Switzerland's oldest bank, Wegelin & Co., pleaded guilty to U.S. tax charges, admitting that it helped American clients hide more than $1.2 billion from the IRS. It also announced that it would cease operations.

Switzerland's largest bank, UBS, entered a deferred prosecution agreement with the Justice Department in 2009 in which it agreed to pay $780 million in fines and turn over the names of thousands of customers suspected of evading U.S. taxes.