How likely is Turkey to enter the middle income trap? 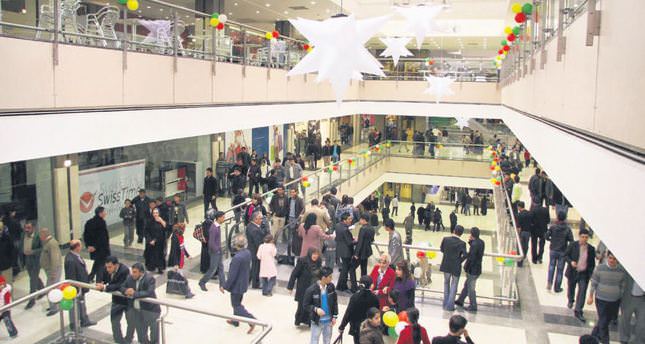 Turkey risks getting stuck in the middle income level unless the government can sustain economic growth in the coming years, say experts

ISTANBUL — In the last 10 years, Turkey has experienced a striking increase in per capita income from $3,500 (TL 7,397) to $11,000.
Whether this increase will be sustainable for the next 10 years is one question while successfully avoiding the Middle Income Trap is quite another. The Economist believes that the trend in the growth rate would be slowed down as of 2014 while leaving Turkey to get stuck in the trap.

The concept of the "Middle Income Trap" is used to describe the country's economic growth with a high risk of getting trapped in one stage of development. Countries converge to the middle income level through sources of growth based on capital-led investment, high profile sectors and cheap labor. A country needs to focus on maintaining growth based on investment in human capital, innovation, high productivity, highly-skilled jobs and technologies to move to the next stage of development. If not, there is a huge rush for those middle income level countries to fall into the trap and suffer years of stagnation.

The period between 2004-2011 proved that the Turkish economy was able to move from the low-income to the middle income level through structural reforms introduced by the AK Party government. Political stability, maximum integration, assertive foreign policies, dramatic increases in the production have all led to rapid growth.

However since the end of 2011, the Turkish economy has been unable to sustain the growth trend while moving to a gradual growth that carries the risk of falling into stagnation. Maintaining economic growth is the key for avoiding the Middle Income Trap. Sustainable growth has become the main target for the ruling AK Party government to take the country to the next level in developed world economies. The main focus is to make Turkey one of the 10 biggest economies in the world from its current ranking of 16th through increasing per capita income to $25,000 and annual exports to $500 billion. The government predicts that the ambitious economic strategies will lead Turkey to achieve their economic targets by 2023.

However, Turkey has been experiencing a slower growth rate since the end of 2011. In the coming years, it is expected that the Turkish economy will not be able to experience another high growth period like the one seen over the last 10 years. The experts warn that Turkey is more likely to fall into the Middle Income Trap due to the structural problems in the Turkish economy and the negative effects of the global economic situation.

Considering the saving rates, it can be concluded that Turkey's domestic saving rate which is a crucial factor for high growth, has been in decline since the early 2000s. As household consumption rises, heavy borrowing trends would occur to fund that spending which results in the decline in the saving rate, pushing it lower than 10 percent.

As the saving rate has decreased, investments within foreign financing in some sectors, especially the construction and infrastructure, have paved the way for the Turkish economy to choke. It is stated "the Medium Term Program which covers the 2014-2016 period aims to reduce the current account deficit gradually and increase the growth rate by minimizing the effects of global uncertainty," in the reports prepared by the Turkish Ministry of Economy under the title "Economic targets of 2014-2016 Medium Term Program." If these objectives are to be achieved by 2016, Turkey could be better off for the next 10 years. South Korea, a high-income country, can be seen as the best example for Turkey. Moving from low to high-income level without getting trapped in any stage of its development, South Korea has experienced a steady and rapid growth due to its high technology driven sectors, human capital investment and institutional competitiveness.

Speaking to Daily Sabah, economist Meli Arvas noted that the "Middle Income Trap" is becoming an issue of particular importance to Turkey. In 1980, Turkey's per capita GDP and that of South Korea's were both $1,500.

Today, Turkey's per capita GDP sits at around $11,000, whereas South Korea's is more than double that at $24,000. The important question here is how has South Korea avoided the Middle Income Trap and how can Turkey learn from South Korea's example?

Arvas added that there are two main reasons why South Korea was able to overcome the predicament that many emerging markets find themselves cursed. "South Korea was able to transform its manufacturing sector into a high-tech one and was able to push its system of education to compete on the world's stage. Turkey's industry is dominated by low to mid-tech jobs. For it to spur the growth of new jobs at the higher end, it needs to promote innovation and an education system which prepares graduates to take their place in such positions. "My personal view is that the centralized, one-size-fits-all government mandated curriculum instituted in Turkish private and public schools is a hindrance to this type of growth," he said. "Normally, the continued growth of domestic demand in Turkish consumer markets should ease the path to higher-level income levels, however, with an enormous trade deficit, consumer spending bolsters demand primarily for imports.
RELATED TOPICS