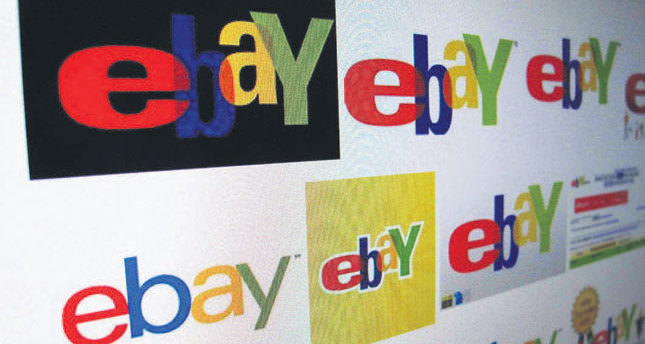 Popular online auction site eBay has urged its almost 145 million users to change their passwords after hackers broke into its database and gained access to customer names, passwords and other personal data

BOSTON — EBay Inc said that hackers raided its network three months ago, accessing some 145 million user records in what is poised to go down as one of the biggest data breaches in history, based on the number of accounts compromised. It advised customers to change their passwords immediately, saying they were among the pieces of data stolen by cyber criminals who carried out the attack between late February and early March. EBay spokeswoman Amanda Miller told that those passwords were encrypted and that the company had no reason to believe the hackers had broken the code that scrambled them. "There is no evidence of impact on any eBay customers," Miller said. "We don't know that they decrypted the passwords because it would not be easy to do."

She said the hackers gained access to 145 million records of which they copied "a large part". Those records contained passwords as well as email addresses, birth dates, mailing addresses and other personal information, but not financial data such as credit card numbers. Miller also said the company has hired FireEye Inc's Mandiant forensics division to help investigate the matter. Mandiant is known for publishing a February 2013 report that described what it said was a Shanghai-based hacking group linked to the Peoples Liberation Army. EBay earlier said a large number of accounts may have been compromised, but declined to say how many. Security experts advised EBay customers to be on the alert for fraud, especially if they used the same passwords for other accounts.

"People need to stop reusing passwords and should change their affected passwords immediately across all the sites where they are used," said Trey Ford, global security strategist with cybersecurity firm Rapid7. Michael Coates, director of product security with Shape Security, said there is a significant risk that the hackers would unscramble the passwords because typically companies only ask users to change passwords if they believe there is a reasonable chance attackers may be able to do so. Still, eBay said it had not seen any indication of increased fraudulent activity on its flagship site and that there was no evidence its PayPal online payment service had been breached. EBay said the hackers got in after obtaining login credentials for "a small number" of employees, allowing them to access eBay's corporate network. It discovered the breach in early May and immediately brought in security experts and law enforcement to investigate, Miller said. "We worked aggressively and as quickly as possible to insure accurate and thorough disclosure of the nature and extent of the compromise," Miller said when asked why the company had not immediately notified users. The breach could go down as the secondbiggest in history at a U.S. company, based on the number records accessed by the hackers. Computer security experts say the biggest such breach was uncovered at software maker Adobe Systems Inc in October 2013, when hackers accessed about 152 million user accounts. It would be larger than the one that Target Corp disclosed in December of last year, which included some 40 million payment card numbers and another 70 million customer records.