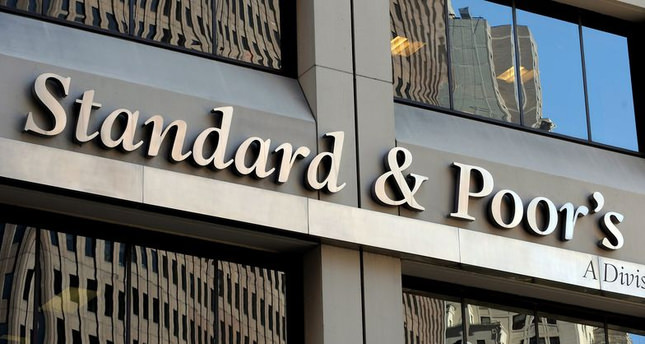 by May 23, 2014 12:00 am
ANKARA — Standard and Poor's held its credit rating for Turkey on Friday at BB+, but warned of possible tensions ahead on financial markets, just a day after the central bank sprang a rate cut.

"We believe Turkey's policy environment has become less predictable and that this could weigh on the economy's resilience to external shocks and hamper its long-term growth," the agency said.

SandP also said that its outlook for Turkey remained negative, adding that it "reflects our opinion of persisting risks to Turkey's economic prospects."

The tone of the rating judgement is somewhat more cautious than the line taken by Turkey's central bank on Thursday when it unexpectedly cut one of its main interest rates, the first rate reduction for a year.

The bank cut its one week repurchase rate, used by commercial banks for short-term funding, from 10.0 percent to 9.5 percent in what it described as a "measured decrease" to reflect what it said was an easing of the risk premium on the country.

After securing a resounding victory in the March local elections, Erdoğan called on the central bank to cut rates.