Storm in a teacup for Turkish exporters 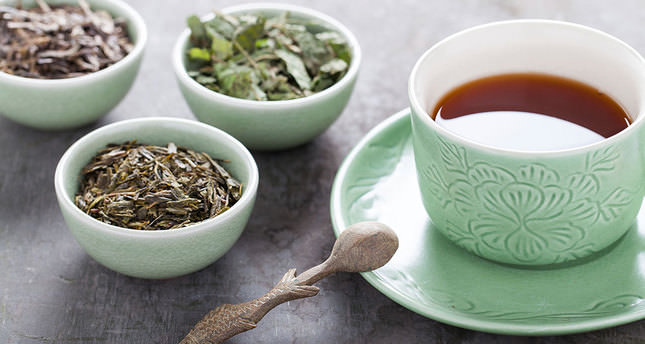 by AA May 23, 2014 12:00 am
ISTANBUL — Turkey's status as the world's number one tea-drinking nation is beyond dispute but a state-backed drive to increase the number of tea shops in the country is running parallel to a growing debate on the iconic brew's taxation.

Unlike that other enthusiastic consumer of tea -- Great Britain -- Turks at home and abroad generally enjoy the drink in their own houses, rather than in tea shops. A Euromonitor survey earlier this year revealed Turkish people consumed around 3.15 kilos of tea each annually.

Now, the government's General Directorate of Tea Enterprises wants to promote Turkish tea through opening specialised shops throughout the country and abroad, in an effort to boost exports. However, some independent tea shop entrepreneurs claim tax rates on imported teas are too high, restricting their growth at home.

Smaller, independent tea shop owners are claiming that taxation on imported tea is restricting them from providing the very service the state-owned company is seeking to expand.

One such entrepreneur, political scientist and tea lover Eylül Görmüş, is the cofounder of the famous 'Dem Karaköy' tea shop in Istanbul where more than 60 types of tea -- three of them Turkish -- are offered to customers.

Claiming that tea represents "home, comfort, and family," Görmüş says: "If tea wants to be imported to Turkey, one has to have the shipment brought to Trabzon harbor but transport it with trucks to Rize -- the only official place where tea can be imported."

"The importer must pay for the high taxes on the tea, too," Görmüş told the AA.

In February 2014, Turkey's Minister of Customs and Trade Hayati Yazıcı had noted although the government applied 140 percent tax on imported tea, the country's import rates were still high -- 17.5 million tonnes according to the Eastern Black Sea Exporters' Association.

"Opening new tea shops and broadening the tea culture are all related to this regulation. I think the regulation tries to encourage Turkish tea, however, for the teas which are difficult to grow in Turkey such as green or white varieties, an interim solution could be found," Görmüş says.

Çaykur's Babacan says the production of black, green and white tea of Turkey is already meeting demand and that existing tax rates were standard.

"We have our own green tea. Why should we import tea if our people do not still know much about our own tea?" he says.

"Çaykur has the potential to meet the whole demand for green and white tea in Turkey now."

Time will tell whether Turkish tea will become an international brand or even be included on the UNESCO representative heritage list as Turkish coffee did last year. Tea exports continue to almost match the import rate; 17.7 million tonnes were exported last year, proving that it has an appeal beyond Turkey's shores.

Although the relationship between tea and tax in Turkey is unlikely to reach the revolutionary heights of 1773 Boston Tea Party, it is clear that one of the country's most iconic products is become the subject of some debate.