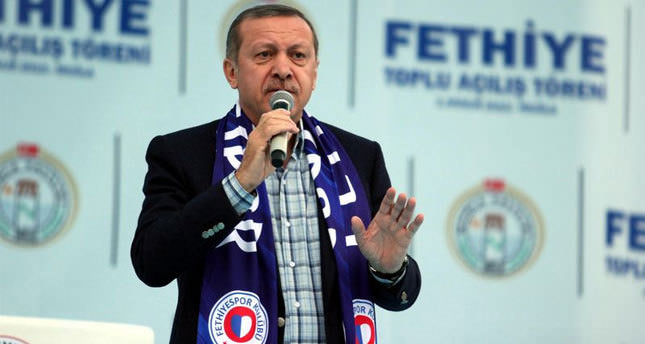 ISTANBUL — Turkish Prime Minister Recep Tayyip Erdogan slammed last week's decision by the Turkish central bank (CBT) to cut interest rates by 50 basis points, adding that the current one-week repo rate of 9.5 percent was a "sin." The Ankara-based nominally- independent central bank on May 22 lowered the country's benchmark rate by 50 basis points after raising it to 10 percent in January. Banking sector analysts also voiced criticism of the central bank's move, in part because inflation remains at about 10 percent, far above the national target.

Erdoğan expressed that he considers high interests as the most significant obstacle to investment. Speaking to Sabah newspaper, Erdoğan commented on the interest rate and investment tendencies. "The central bank is autonomous. Yet, its independence does not affect my opinion about interest rates. These are two separate matters. I absolutely disapprove of the interest policies of the central bank. I regard the high interest rates as the biggest barrier against investment in my country. High interest, I think, is the cause of high inflation. Namely, in the relation between interest and inflation, interest is the cause while inflation is the result. Those two are directly proportional," Erdoğan remarked.

"The central bank has always promised that inflation would decline. However, the inflation rate has not dropped to the level they promised. The bank continuously revises its inflation rate predictions, which reveals a fact. That is to say, your interest policy proves to be wrong." Erdoğan said.

The prime minister also gave the U.S and Japan as examples of countries which successfully conduct low interest rate policies. "Turkey's interest rates are a shame for the economy. High interest is the very reason why domestic capital cannot embark on new investments,"
Erdoğan remarked.

Erdoğan spoke about the CBT, "You increased the interest rates by 500 basis points at a time. When it comes to reduction, you just dropped the rates by 50 basis points. Are you kidding me?" Erdoğan noted.

Erdoğan further commented about allegations that he intervenes central bank decisions. "Why would that be regarded as an intervention?
As I am the prime minister of this country, I will state my opinion. The central bank should pull itself together on this matter. It is not pleasant we have an inflation rate of 9 percent. We dropped the real interest to the level of zero. Then, why are we here now? Real interest is around 5-6 percent. We have to fix this matter at first in order to achieve our growth targets," Erdoğan stated.

Speaking to Daily Sabah about Erdoğan's latest remarks regarding the interest rates, president of Nişantaşı University and an economist Dr. Kerem Alkin noted that CBT has the largest data set in Turkey. "The CBT has a great database and competent officials who can perfectly analyze data. The numbers [are accurate] all the time. When the CBT radically increased the interest rates in January, which was a front-loaded interest hike, many specialists criticized the CBT for that decision, although the decision was right and provided stability in exchange rates," Alkin said.

Emphasizing the difference in viewpoints among politicians and monetary policy makers, Alkin remarked that main point of Erdoğan's statements about interest rates is to influence businessmen and investors. "Government is closer to the business world than the CBT board. That is why Erdoğan [speaks of the] demands of the business world, which wants to take loans from banks with lower interest rates. While making decisions about monetary policy, the CBT is taking into account both demands from business world and the data set it possesses," Alkin noted. Dr.
Alkin described this altercation between the CBT and government as both a chess game and a theater. "Each party [government and CBT] plays its role. Unless they play their role properly and do not push the limits, market players will not regard this altercation in a negative way. Erdoğan's latest remark aims to assure investors and businessmen that the government supports growth."

Economist Dr. Erdal Karagöl emphasized that there has been a disagreement between the CBT and government on interest rate policies. "Even if the CBT is responsible for conducting independent monetary policies, we have to admit that Erdoğan makes a important point. During the last 5-6 years Turkey has not been able to increase per capita income, which is around $10,000 (TL 20,850) and $11,000. This data implies that Turkey is on the verge of falling into the middle income trap. Turkey needs more investments to get rid of the middle income trap which is only possible with low interest rates," Karagöl told Daily Sabah. He also added that public institutions relevant to monetary policies are not working at the same pace with the government, which is quite abnormal.

Also, Chairman of the CBT Erdem Başçı yesterday made a presentation during an event at the European Central Bank. During his speech Başçı noted that Turkey will overcome its economic issues with low interest rates and strict macroprudential measures.
Last Update: May 27, 2014 3:43 am
RELATED TOPICS