Oil stays above $104 on crises in Ukraine and Libya 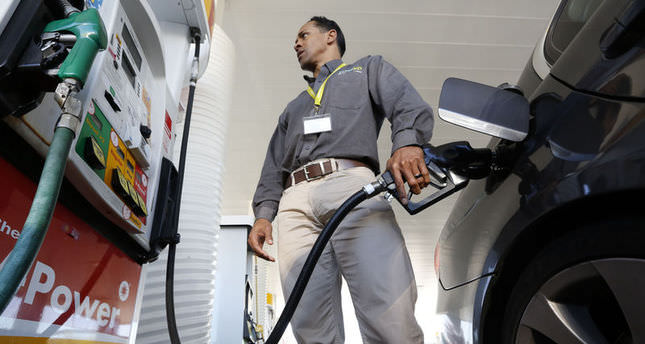 by Associated Press May 27, 2014 12:00 am
NEW YORK — The price of oil remained above $104 a barrel Tuesday as investors weighed how the conflicts in Ukraine and Libya were likely to affect crude supplies.

By early afternoon in Europe, benchmark crude for July delivery was down 10 cents to $104.25 a barrel in electronic trading on the New York Mercantile Exchange. Due to a U.S. public holiday, the contract last settled on Friday, when it closed at $104.35.

Brent crude, a benchmark for international oils, was down 18 cents to $110.36 on the ICE Futures exchange in London.

Ukraine is a key conduit for Russian gas deliveries to Europe. A proposed solution to a dispute over Ukrainian natural gas debts to Moscow raised hopes that a supply cutoff would be averted. Russia's acceptance of Petro Poroshenko's victory in Sunday's presidential elections was also regarded as a sign of easing tensions.

But the resurgence of fighting, as the government in Kiev responded with an airstrike to the pro-Russia separatists' occupation of the airport in Donetsk, a city of about 1 million in eastern Ukraine, underscored the uncertainties that remain.

Meanwhile, in Libya, which has been unable to stabilize since the ouster of Moammar Gadhafi in 2011, the National Oil Corporation said crude exports stood at 160,000 barrels a day, down from 1.4 million barrels a day a year ago. Several key export facilities are controlled by militias who do not recognize the central government.

"The tense situation in eastern Ukraine and the ongoing production outages in Libya are likely to preclude any large-scale withdrawal of investors," said a report from analysts at Commerzbank in Frankfurt. "In the short term, we believe there is more a risk of oil prices continuing to climb."

In other energy futures trading in New York.