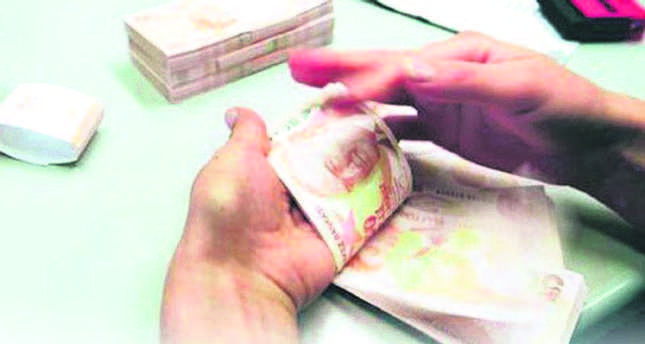 Turkey has one of the highest interest rates among emerging economies, a reality which has left the government uncomfortable despite the central bank's latest cut

ISTANBUL — Also, Turkish Prime Minister Recep Tayyip Erdoğan chided the central bank on Tuesday for only slightly easing the benchmark interest rate, saying that it was insufficient. "Interest rates are high and must be reduced. We are tasked with balancing the [economic] climate," Erdoğan told his ruling party lawmakers in the parliament. "The interest rate must be lowered, so that real investments can increase," he added. During his speech Erdoğan compared Turkey's interest rates with other countries and emphasized that developed countries' interest rates are quite low. He also noted that central banks of developing countries are promoting low interest rate policies.

The gradually perishing financial unpredictability, positive figures on financial markets, lower credit default swaps (CDS) and positive macroeconomic indicators following the 30 March local elections seem to suggest that interest rates will be cut. According to Anadolu Agency reporters, the Turkish central bank held an extraordinary meeting at the end of January to address the current policies of the U.S.
Federal Reserve and fluctuations in the domestic market. The policy interest rate increased to 10 percent from 4.5 percent, while the overnight rate increased to 12 percent from 7.75 percent.

As part of tightening monetary policies, Brazil's central bank raised the policy rate by 50 basis points to 8.50 percent to fight against the fastest inflation in 20 months during the monetary policy committee meeting on June 11, 2013. The bank continued to extend the periodical periods of policy rates to prevent depreciation and a harsh reduction in real interest rates along with avoiding inflation to surpass the target range. Unable to tame inflation, the bank increased the policy rate to 11 percent. The recent increase was recorded as the bank's eighth increase since the last April. Brazil has the highest interest rate among the developing countries.

Indonesia's Central Bank raised the policy rate by 50 basis points to 6.50 percent on June 11, 2013 to support its devaluating currency and reduce inflation pressure following the increase on the oil prices by the government. The policy rate increased to 7 percent. However it was unable to battle with high inflation, prompting the central bank to implement two more increases. To stabilize the wilting rupiah, the policy rate raised to 7.25 and 7.50 percent, respectively.

Last week, the Turkish central bank trimmed its one-week repurchase rate, used by commercial banks for short-term funding, from 10.0 percent to 9.5 percent to reflect what it said was an easing of the risk premium on the country. The central bank was forced to hike interest rates at the beginning of this year when the lira plummeted amid a corruption scandal that ensnared key government allies and spurred general shift of funds out of emerging markets.
RELATED TOPICS