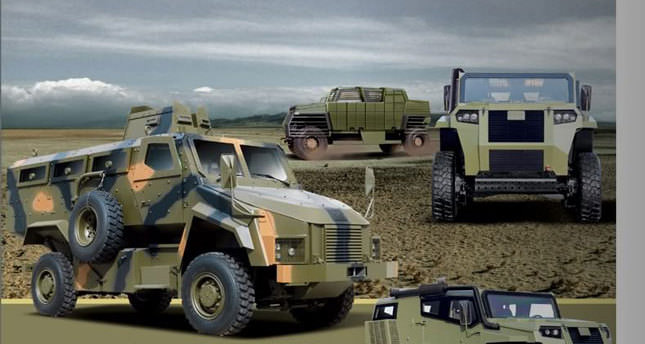 by AA Jun 02, 2014 12:00 am
ANKARA — Turkish investment company, ES Mali Yatirim, sought permission to have Qatar's army invest in the company in order to resume production in its recently acquired military vehicle manufacturer.

According to Turkey's competition authority, ES Mali Yatirim asked the authority on Monday to allow Qatar Armed Forces Industry Committee to acquire shares worth 150 million Turkish liras (US$72 million) in the company.

On May 21, the competition body approved the sale of Turkish army vehicles manufacturer, BMC, to ES Mali Yatirim, owned by businessman Ethem Sancak.

Sancak offered 751 million Turkish liras ($360 million) on April 25 to buy the manufacturer which makes mine-resistant vehicles as well as trucks and buses.

He said that the company would cost him around two billion Turkish liras (US$948 million) because of the investment that he claims will be needed to continue production.

He also said that if he buys the company, he would make a strong strategic partnership with a country from the Gulf -- some Qatari businessmen were present at the auction.

BMC was fined last year after failing to meet the requirements of a deal with the Turkish army to deliver 468 anti-landmine Kirpi vehicles, the first such domestically manufactured vehicle. The company stopped production after making 278 Kirpis due to financial difficulties.