Turkey to clamp down on reckless credit card use 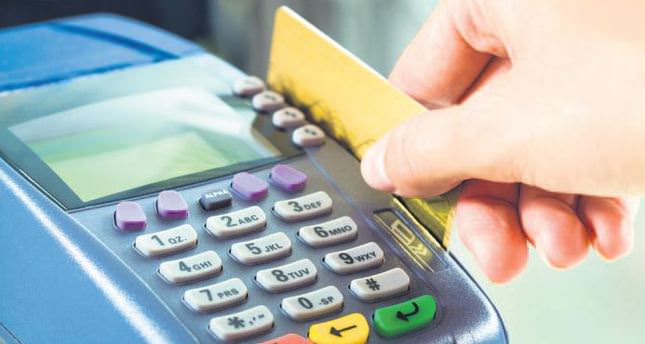 by AA Jun 02, 2014 12:00 am
ISTANBUL — "There should be warnings on credit cards like the ones on cigarette packaging." This is the view of one prominent Turkish psychiatrist this week in a country where 55 million credit cards are in use, making Turkey Europe's second mostenthusiastic user of consumer credit after England. In Turkey's battle to reduce its significant trade deficit, regulations brought in to change how people use their credit cards are beginning to take effect. Turkey has been fighting against its significant foreign trade deficit, which totaled $5.2 billion in March, and people who enjoyed extended monthly installments for their purchases, mostly on imported goods, were not helpingto narrow this gap.

In response, Turkey's Banking Regulation and Supervision Agency (BDDK) introduced new measures earlier this year to curb the use of credit cards for buying goods in monthly installments in a bid to restrain the country's inflation and current account deficit. Since February, Turkish consumers have been prevented from having installment repayment periods of longer than nine months. Items like food, oil, jewelry and telecommunication purchases can no longer be split into installments.

And although "Stop. Think. Then shop" is one of the warnings issued by Professor Nevzat Tarhan, a psychiatrist and rector at Istanbul's Üsküdar University, the thinking behind the new credit cards rules is not their tempting effects on shopaholics, but rather a more financial concern.

Kutluğ Doğanay, an economic analyst with IS Investment, praised the regulations since consumers' "foolish and irresponsible" purchases paved the way to an increase in the foreign deficit. Doğanay said final products, mainly in electronics, are not produced in Turkey and their share in the country's imports is increasing steadily. "Those sales are paid with loans without creating any income," he added. The regulation agency appears to have achieved its intended goal.

According to Central Bank of Turkey data, installment credit card loans have decreased by more than TL 11 billion ($5 billion) since the new measures came in to force in February until the beginning of May. Lump-sum purchases with credit cards have increased by TL 4.9 billion. Consumers now seem to be using credit cards for lump-sum payments.

According to the Interbank Card Center, in April, such purchases with credit cards rose by 18 percent compared to the same month last year, while installment purchases decreased by 14 percent, the banking regulator said. These developments have been viewed positively by the chief economist since they reflect a downward inclination in consumption and an increase in savings. "The current conditions will reduce the profitability of banks," said Doğanay; "However, the banks compensated for their losses thanks to the latest rise of interest rates." The central bank decided on a sharp rise in interest rates in late January in a bid to curb the rise of foreign currencies against the Turkish lira. Professor Tarhan sees the developments and reducing purchases as a positive step. "Impetuous and impatient people can have trouble in managing their budgets since they do not contemplate if the purchase is for their need or desire," says Tarhan. "Credit cards, since people do not consider them as money, ease their desire for purchasing," he adds. IS Investment analyst Doğanay said Turkish credit card holders are mostly responsible users and pay their debts regularly, despite some bad examples, which are more publicized because of the dramatic situation of bankrupted individuals.
RELATED TOPICS