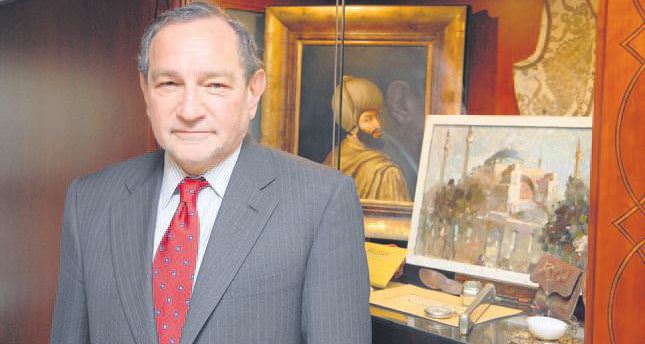 by Daily Sabah Jun 03, 2014 12:00 am
ISTANBUL — George Friedman, founder and CEO of Stratfor, has called on Turkey to take a bigger role in the region now that the country has "emerged" as world leader.

The Sratfor boss was speaking at an event in Turkey organized by the Turkish businessmen association, ASKON.Speaking during the event, Friedman noted that Turkey, a country with economic, political and military power, should act affectively over political issues within its region and make decisions regarding the future of the region. "Turkey is the only country in its region with such a capability," he said.
Friedman, whose think tank is one of the most respected in the U.S., stated that in addition to its economic development, Turkey has grown to become a mature figure in domestic and foreign politics, an important factor considering its military power."When I told my colleague that Turkey would become a regional power in 2006, they did not take me seriously. Turkey's success pleases me, because it has proved me right," Friedman remarked.

Friedman went on to say that the financial crisis of 2008 has divided the ability of the EU to stand united, "while Germany pursues an aggressive exports policy, countries in east and southern Europe are still trying to find their own balance." "Turkey is Europe's most dynamic economy and it successfully escaped from the trap of the EU. This paves the way for opportunity," Friedman said.Friedman concluded his speech by saying that "Turkey is no longer an emerging power; it has emerged."
RELATED TOPICS