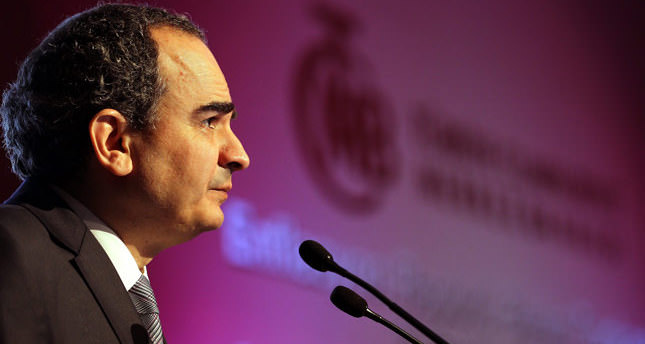 by Daily Sabah Jun 04, 2014 12:00 am
ISTANBUL — Central Bank Governor Erdem Başçı's briefing to the cabinet on the interest rate was "routine" and failed to convince, said Prime Minister Erdoğan during his weekly speech in Parliament to AK Party deputies. Prime Minister Recep Tayyip Erdoğan has once again hit out at the Central Bank's interest rate, claiming the rate needs to fall to curb inflation.

Following the AK Party's weekly parliamentary group meeting, Erdoğan answered journalists' questions concerning the agenda. Responding to a question about Central Bank Governor Erdem Başçı's presentation at the ministerial cabinet on Monday and interest policies, Erdoğan stated that it was routine work. "I never agree with Başçı's evaluations about the interest rate and his approach.

We already informed him of our opinions," said the prime minister. Erdoğan touched on Başcı's claims that "As the interest rate rises, so does the inflation. The interest rate is cause and inflation is effect."

The prime minister expressed that the monthly inflation rate is declared and because of the high interest rates, the inflation cannot fall, saying, "Inflation has climbed to two-digit numbers. Some suggest that it will fall as of next month.