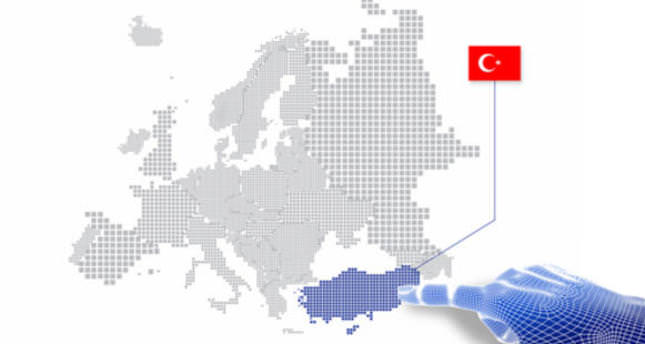 by AA Jun 04, 2014 12:00 am
ISTANBUL — Turkey has become third in the world in using mobile devices for e-commerce, leaving Russian, Chinese and U.S. markets behind, the country's bankcards body has claimed.
Six percent of Turkey's online shoppers used their mobile devices for their purchases in 2014, a rate which brings Turkey to the third in the world after England and Germany.
Speaking in Istanbul today, the head of Interbank Card Center (BKM), Soner Canko, said that while Turkish users are ready for e-commerce, companies have not been able to keep pace with consumers since only one in ten brands is available for online shopping.
Canko delivered his remarks during Wednesday's promotion of BKM's online shopping application.
Turkish bankcard users spent 35 billion Turkish liras (US$16.5 billion) on their online purchases in 2013, while 2.1 billion Turkish liras of this amount was made through mobile services.
A nearly 10 percent growth is expected in the total consumption for this year through bankcards, which will bring it to nearly 40 billion Turkish liras, said Canko.
Almost 85 percent of Turkish people have access to mobile phones and almost one fifth of them are smartphones which enable users to make online purchases through their devices.
According to Canko, data show that four million people in Turkey also use mobile banking across 12,000 bank branches.
Forty percent of online consumers in Turkey are between 30 to 40-years-old, and on average paid 163 Turkish liras (US$77) for each purchase last year, higher than credit card (non-online) purchases which were 127 Turkish liras (US$60), as people prefer mostly e-commerce for high-value products and services, such as electronics.
The rate of installments were also higher than daily life purchases, while 37 percent of e-shopping payments was installment sales. This rate drops to 24 percent for daily usage of bankcards.
Last Update: Jun 04, 2014 6:16 pm
RELATED TOPICS