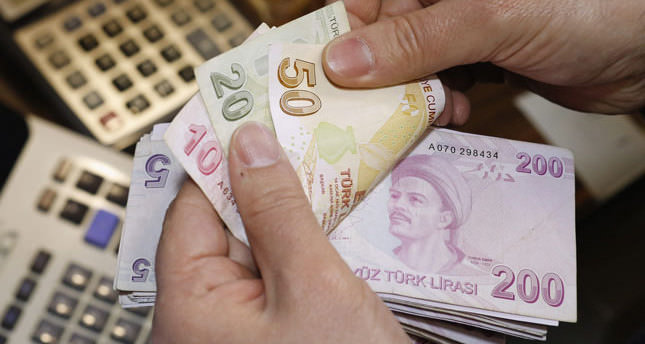 by AA Jun 04, 2014 12:00 am
ISTANBUL — Turkish economists say the country's economy grew by 4.1 percent in the first quarter in 2014, according to twenty-two economists in Anadolu Agency's (AA) 'Growth Expectation Survey,' released on Wednesday.

The highest economic growth percentage predicted among the economists for quarter 1 in 2014 was 4.8 percent while the lowest was 3.1 percent.

Turkey´s medium term economic program by the treasury said the country´s official figures for the growth rate would be 3.6 percent in 2013 and 4 percent this year.

However, the European Union and the Organization for Economic Co-operation and Development made a more conservative estimate in this year's growth at between 2 to 3 percent.

Turkey's gross domestic product increased by 257 percent between 2003 and 2012, reaching over US$800 billion, while the budget deficit decreased from 10 percent to less than 3 percent of the annual income in the same period.