Turkey's industrial production up in April 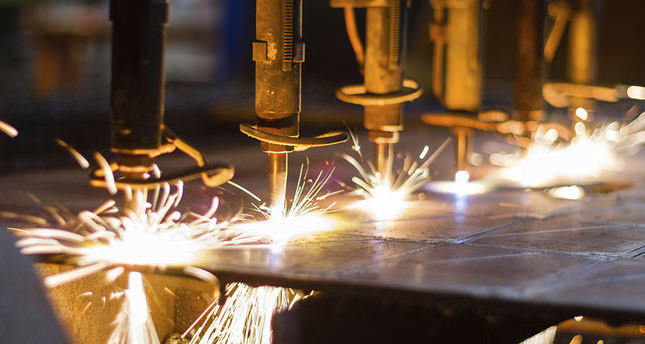 by AA Jun 09, 2014 12:00 am
ANKARA — Turkey's industrial production grew more than expected in April 2014, according to data from the Turkish Statistical Institute (TurkStat) on Monday.

The annual calendar adjusted industrial production index increased by 4.6 percent compared to the same month last year, beating the 3.5 percent expectation of markets while the monthly figure increased by 1 percent from the previous month.

Mining output rose 9.3 percent in April, while utilities were up 5.8 percent compared with the same month last year. The manufacturing indices rose by 4.2 percent in March.