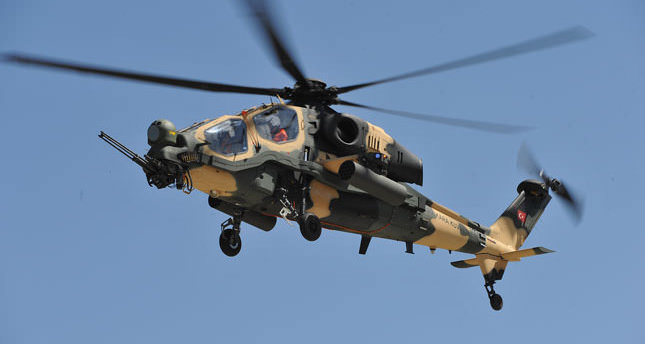 His comments came at the handing-over ceremony of the T129 assault helicopter to the Turkish Armed Forces at the Turkish Army Air Defence Command in the capital Ankara on Tuesday.

Erdogan said: "Production of the assault helicopter is a milestone for the development of the country's defense industry."

"Fifty-nine helicopters will be handed over to the Turkish Armed Forces in the first phase, while some friendly countries have shown their interest for the purchase of these helicopters."

The helicopter, produced with advanced technology and which can fly in all kind of weather conditions, has a flight range of 570km and its development has enabled Turkey to join a limited group of countries with such a military and industrial capacity.

The ATAK - the Turkish name meaning "assault" - helicopter was made by local engineers at Turkish Aerospace Institutions.

The first ATAK prototype made its maiden flight on 17 August, 2011.