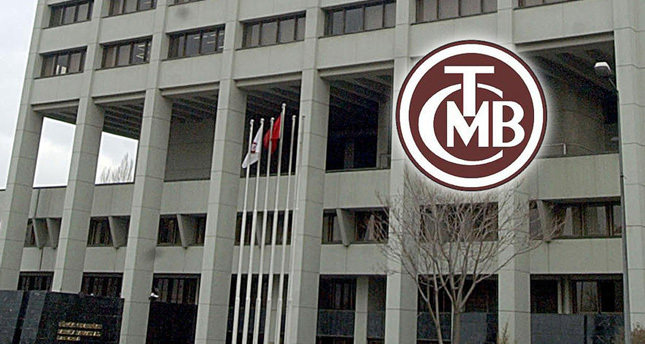 by AA Jun 24, 2014 12:00 am
Turkey's central bank on Tuesday cut the one-week repurchase rate by 75 basis points to 8.75 percent, following pressure from the government of AK party for an cut to stimulate growth.

The Ankara-based bank's policymakers led by governor Erdem Başçı left the other rates unchanged, the bank said in a statement.

Turkey's economy minister called on Monday for a sharp rate. The central bank aggressively raised key rates in January in a bid to halt a steep drop in the country's national currency the lira.

The overnight lending rate was set at 12.0 percent, while the borrowing and one-week repo rates were at 8.0 percent and 10.0 percent respectively. Last month, the bank shaved its one week repurchase rate, used by commercial banks for short-term funding, from 10.0 percent to 9.5 percent.

Last week, the bank's governor hinted that another small cut in interest rates was likely at Tuesday's meeting.