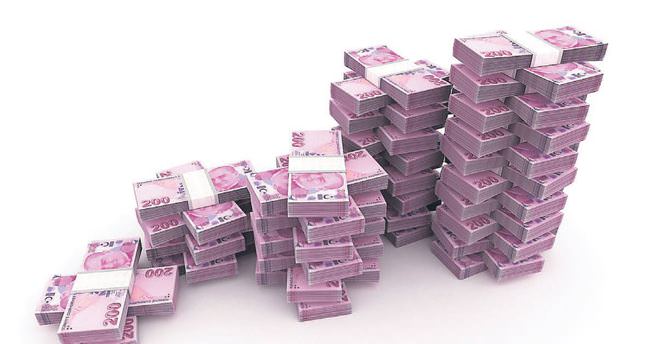 Economists and businessmen are expecting the central bank to cut interest rates more, depending on forecasts that inflation rates will decrease in the near future

After the Central Bank of Turkey (CBT) reduced interest rates, foreign economists suggested that reductions may go further. After the Central Bank Monetary Policy Committee settled on dropping the oneweek repurchase rate for bonds from 9.5 percent to 8.75 percent, foreign economists commented on this decision and its implications during an interview with an AA correspondent.

Christian Maggio, Senior Emerging Markets Strategist at Toronto Dominion Securities, touched upon the call of Nihat Zeybekçi, Minister of Economy, that the CBT should soon pull down the interest level that it reached at the end of January and said, "in the next one or two months, new interest cuts may be introduced." Noting that the reasonable level of credit growth and favorable domestic demand have played a supportive role in the CBT's decision, Maggio continued: "The CBT associates its decision about interest discount with the downward trend that is supposed to begin in the inflation rate at the end of June.

Although inflation was recorded at 9.7 percent in May, we are still expecting a year-end inflation of around 7.9 percent. Moreover, there is a risk of an inflation rise, which springs from high-energy prices. I expect that the CBT will launch a further interest cut in the next few months. I think present macro conditions do not support potential interest reductions as required. To me, the CBT should not reduce the interest rate, as the current real interest is hovering at negative levels. The fall of the interest rate below the inflation level causes imbalance. The CBT's estimation that the inflation will see a downtrend in the upcoming period is true. But, what is more important is how rapid and at which level it will occur."

William Jackson, Emerging Markets economist at London-based Capital Economics, explained that it is difficult to make a prediction about how much further the CBT will reduce the interest rate. Jackson said the CBT is often called on for interest rate cuts and added: "No reaction came from the markets against an interest discount, and the expansionary cycle may be at a serious rate. The CBT may offer more interest cuts in the upcoming period, in which it may find itself in the firing line once again. As experienced in January, it may have to resort to an interest rate hike. In other words, favorable conditions have not yet been provided to make a large interest decrease."

As a justification for Tuesday's interest rate cut, the CBT explained: "It is estimated that with the contribution of base affect, a remarkable inflation drop will be observed as of this month. In line with these assessments, the committee has offered a temperate reduction in the one-week repurchase rate, by considering recent improvements in global liquidity conditions." Independent Industrialists and Businessmen's Association (MÜSİAD) head Nail Olpak said they approved of the CBT's decision and the CBT behaved too cautiously when the overall economic situation is taken into consideration.

Through a written statement, Olpak noted that during periods in which a number of domestic and foreign entities revised gross domestic product downward, MÜSİAD pursued the same estimation about growth in 2013 and 2014.

Referring to the fact that they were not mistaken by their growth expectation last year, Olpak stated that growth in the first quarter of 2014 was more than expected by many, and upside revisions have begun in growth expectations. Olpak said: "This favorable picture should be supported by the CBT as well. We guess that this cautious approach will be replaced by a more radical interest reduction with an appreciable inflation fall as of June." The CBT will maintain its tight monetary policy until remarkable improvement is provided in the inflation outlook.

The CBT highlighted its stance of tight monetary policy and decisions made by the Monetary Policy Committee in a presentation entitled "Economic Outlook and Monetary Policy," which was delivered on Wednesday. It said: "Tight monetary policy and macro precautionary measures keep credit growth rates at reasonable levels. The committee anticipates a decent improvement in the current account balance in 2014. The negative effects of exchange developments on annual inflation since mid 2013 will gradually diminish. With the contribution of the base effect, inflation is supposed to drop significantly as of this month. In the light of these comments and recent improvements in global liquidity conditions, the committee launched a balanced reduction on the one-week repurchase rate.
Last Update: Jun 26, 2014 1:31 am
RELATED TOPICS