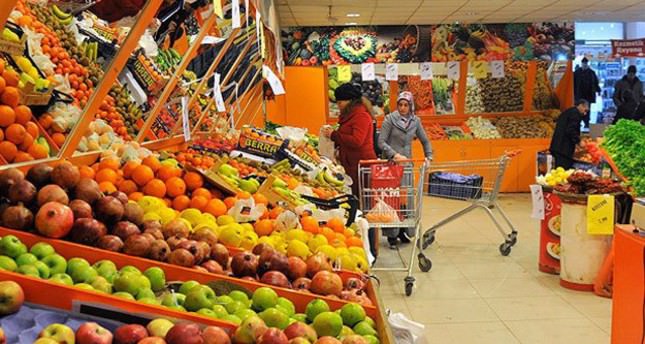 by AA
Jul 01, 2014 12:00 am
Turkey's inflation is expected to have dropped slightly during June, according to a panel of leading economists.

The rate will fall by 0.03 per cent compared to May, according to 20 economists surveyed by AA. Based on the average predictions of the economists, year-end inflation is forecast to be 8.09 percent, slightly lower than the 8.22 percent forecast in May.