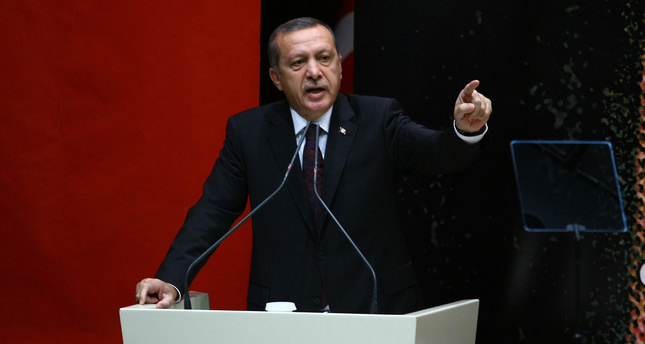 After Prime Minister Recep Tayyip Erdoğan was declared as the presidential candidate of the Justice and Development Party (AK Party), attention has been turned to financial markets and the business world. Economists remarked that Erdoğan's candidacy is regarded as the continuity of predictability and stability by the financial markets.

During an interview with an AA correspondent, Timothy Ash, chief emerging market economist at Standard Bank, said Erdoğan's nomination had already been anticipated in the markets and "his candidacy increased the predictability of the markets in the short run. The markets consider this as continuity of the stability." "According to survey results, Erdoğan is expected to win the presidential election in the first round. The markets welcome stability in the short run and change is not good for the markets. Following the declaration of Erdoğan's nomination, the Turkish lira has increased in value," he said. Ash also stated that they are closely following who will take over as prime minister next.

Christian Maggio, senior emerging market economist at Toronto Dominion (TD) noted Erdoğan's candidacy has been welcomed by the markets, which positioned themselves in line with his candidacy. "So, this was not surprising for the markets," he said.

Haluk Bürümcekçi, chief economist at Burgan Investment, explained that the financial markets took Erdoğan's presidency for granted and he does not expect movement in the markets. Bürümcekçi continued, "The questions on which the markets will focus are who will be elected leader of the AK Party and, hence, who will undertake prime ministry as well as who will be next Deputy Prime Minister responsible for the economy in the new cabinet. It seems that the uncertainty about these questions will go on for some time."

Işık Ökte, a strategist at TEB Investment and BNP Paribas, stated that when results of the public opinion surveys and March 30 local elections are taken into consideration, Erdoğan will most likely be elected president. Ökte said, "President Abdullah Gül is the second most important figure in the AK Party and we believe that he will take Erdoğan's seat in the party.

Erdoğan's nomination is not surprising for the markets. It will not affect the assets denominated in lira. We think that for markets, questions of whom Erdoğan will assign to form the government and what will be the role of Abdullah Gül in the party if Erdoğan is elected president, are quite important. We believe that Gül will be the next leader of the AK Party and if this scenario comes true, general elections, which are supposed to be held in July 2015, may be moved to an earlier time. We think that Gül will head the AK Party in the next general election and Deputy Prime Minister Ali Babacan will keep his current position. Ali Babacan is a critical figure in the eyes of foreign investors in terms of establishing security."

Bora Tamer Yılmaz, an economist at Ziraat Investment, posited that presidential elections will cause tense electoral campaigns as they did in the local elections and added, "after the presidential candidates have been announced, the political atmosphere has become clear until the election." Yılmaz continued, "The local elections and public surveys show Erdoğan as the strongest candidate, and his election victory is almost taken for granted." "We expect that political agenda will not have an effect on the markets in the near future and assets will be priced according to the dynamics of the markets. The country risk premium of Turkey has recently declined from 275 basis points to 175 points, which means that markets can see the future and be confident," Yılmaz said.

Turkey, ruled by Recep Tayyip Erdoğan's AK Party government between 2002 and 2013, has shown a great economic performance. In this period, Turkey's exports increased more than fourfold and reaching $152 billion (TL 323.65) in 2013 from $36 billion in 2002. In the same period Turkey's gross domestic product rose from $230 billion to $823 billion, while income per capita reached $10,818 in 2013 from $3,500 in 2002. According to figures from the Turkish Statistical Institution, between 2002 and 2013 more than 7 million people were employed. International credit rating agencies increased Turkey's rating from non-investable to investable in the same period. Economists highlight that when the AK Party came to power in 2002, the inflation rate was around 30 percent and interest rates were around 45 percent on average. Currently the inflation rate is around 9 percent and interest rates are around 10 percent.

During the AK Party government, Turkey's public finance and banking sector became more resilient to domestic and global financial and political shocks. Economists say that during the financial earthquake in 2008 and 2009, developed countries' economies were not able to handle the crisis and governments had to present bailout programs for banks. However, the Turkish banking sector managed to cope with the shock waves thanks to the regulations put in to effect during the AK Party governments, say economists. According to data collected from Turkey's central bank, Turkey's foreign exchange reserves were $28 billion, while reserves reached $136 billion in 2013.
RELATED TOPICS