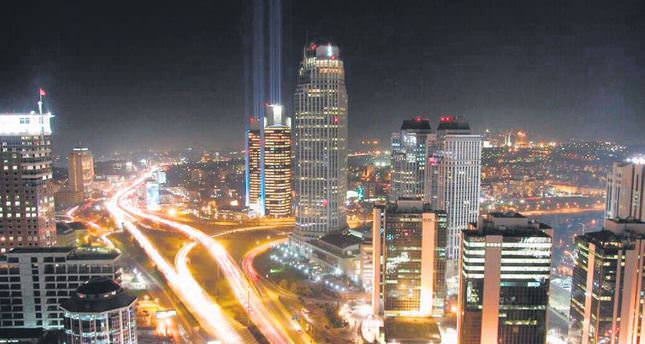 by AA Jul 06, 2014 12:00 am
Turkish exports from eastern Anatolia increased by 18 percent in the first six months of 2014 over the same period last year. Total exports from cities in east Anatolia hit $716.2 million in the January-June period and the southeast corner of the country's province, Hakkari, was the largest contributor to regional exports with $231.4 million.Cities in Turkey's southeast mainly export grains and legumes to Iraq, along with textiles and livestock. As the economic recovery in Europe continues, in the first half of 2014, Turkey's exports increased by 7.3 percent to $80 billion. Exports to neighboring Iraq fell by 21 percent in June, the exporters' group said, as recent turmoil has hampered exports to Iraq. Germany was the first destination for Turkish goods, receiving $7.5 billion of products with more than half of them being shipped from Istanbul.

Meanwhile, a total of $177.8 billion was spent from the central administration's budget last year. Istanbul single-handedly contributed a sweeping 39.05 percent of the entire state budget, valued at $68.2 billion, last year. In turn, $7.8 billion was spent on Istanbul from the budget. The figure represents almost eight times more contribution from the city of Istanbul than the allocation from the budget to the city, according to figures from the Finance Ministry.Turkey's annual exports decreased 0.4 percent to $151.9 billion in 2013, compared to the previous year, while imports rose 6.4 percent, reaching $251.7 billion. The foreign trade deficit increased 18.7 percent to $99.8 billion last year compared to 2012. A total of 37,737 companies operate in Turkey as of February 2014, with 22,370 of them in Turkey's largest city, Istanbul, according to the country's Economy Ministry.
Last Update: Jul 06, 2014 11:58 pm
RELATED TOPICS