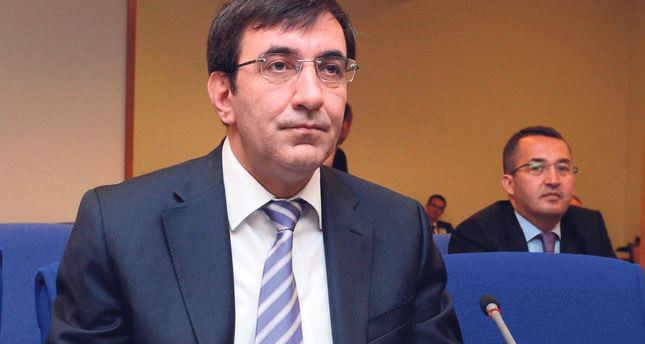 Turkey's southeastern region to contribute to the economic development of the country with the peaceful environment established by the reconciliation process, minister says

Turkey's efforts to end the decades- long conflict in the southeast with the PKK, which took up arms against Turkey in 1983 in order to carve out a separate state in the southeastern region, has resulted in an economic boom. To establish a legal framework for the reconciliation process that began between Ankara and the Kurds in 2013, a bill was passed in the Turkish Parliament last week that is also supported by economic steps taken by the government. Turkey's Minister of Development Cevdet Yılmaz, speaking to the Turkish newspaper Sabah regarding the latest economic developments in the region, said that after the cease-fire agreement and once the clashes end, Turkey's image will be restored.

Turkey has wasted an enormous amount of resources in the last 30 years to restore peace in the region, which adversely affected Turkey's image. Yılmaz added that apart from the cost and lives lost, the region remained underdeveloped as investors refrained from investing in the region and qualified staff avoided accepting jobs there.

However, with the ceasefire, resources will be diverted to the region, increasing investments, development, technologic advances and qualified labor. "We are entering a new era after the violence stops," said Yılmaz. "We have made major investments in infrastructure over the last few years from major airports to hospitals," said Yılmaz.

Various regional incentive policies have been developed and once the peace is completely restored, the region will rapidly develop economically. "Although the process is not complete, we are witnessing an increase in investment, trade and tourism activities. The organized industry zones are almost full," added Yılmaz.

The potential of the region was ignored for the last 30 years due to terror. The Kurdish reconciliation process will not only bring peace and welfare but also create a convenient environment for the whole society, not only Kurdish citizens, said Yılmaz.

He also said that the government has developed a number of social support projects but that redevelopment in the region will take time. "The process will greatly improve targets set for 2023, which cannot be achieved merely in Ankara and Istanbul," said Yılmaz. "Once Turkey is rid of such problems, it will develop more rapidly," said Yılmaz and added that a safe environment will be created for the private sector. "Except for various marginal circles, almost the entire society supports the process, including voters of the AK Party, the pro-Kurdish HDP among others. Everyone wants a peaceful environment. Prime Minister Recep Tayyip Erdoğan will also keep supporting the process in his seat as the president," noted Yılmaz.

Initiatives that are not completed under the revised GAP Action Plan will be completed by 2018. In addition, new projects to improve socio-economic development will be undertaken. Yılmaz also said that there will be projects aiming to resolve social problems and increase cooperation such as TL 700,000 in financing that will be provided for producing electricity from old tires in Erzincan and TL 706,000 for the opaque glass production in Şanlıurfa. "TL 740,000 has been invested for earthquake resistant building in Van. Such incentives and support will continue," added Yılmaz.

Exports on the rise

While the east Anatolian region has the lowest export figures, with $716.2 million (TL 1.51 billion), it also became the region that has increased its exports by the highest margin this year, by 18 percent.