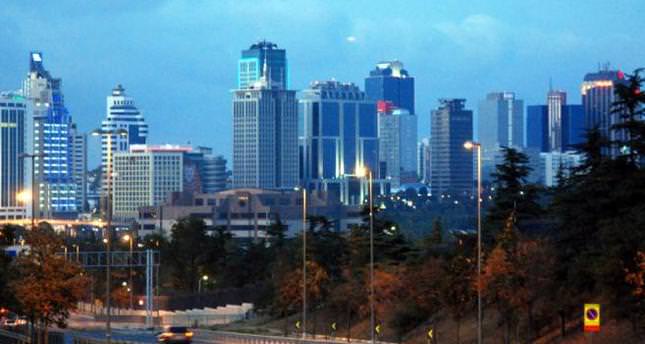 by Daily Sabah Jul 21, 2014 12:00 am
Syrian businessmen who fled violence in their home country have become the primary foreign investors in Turkey and own 585 out of the 2,331 companies founded with foreign funds in Turkey this year.

Syrian business owners have emerged as the primary foreign investor group in Turkey through the establishment of limited liability companies, according to new official numbers. Syrians lead foreign investment in 2014 with 585 companies out of 2,331 according to data from the Union of Chambers and Commodity Exchanges of Turkey released on Friday.

This wave of entrepreneurship is running counter to more typical perceptions of needy Syrian refugees relying on the Turkish state for help. Most Syrian firms are operating in the textile sector, food, manufacturing, tourism and retail trade business, according to Gazi Mısırlı, Independent Industrialists and Businessmen's Association (MÜSİAD) High Advisory Board Member and Coordinator of Middle East. As Turkey keeps receiving more Syrian immigrants, most of them rely on Turkish government aid.

The number of Syrian refugees in Turkey is estimated at nearly 1 million, about onethird of Syrian refugees live in 22 camps scattered mainly along Turkey's 900km border with Syria, according to the U.N. But Syrians like businessman Abdulahif Ajam, 62, have managed to open a restaurant and make it thrive, drawing, like many of his compatriots, on years of business acumen. "We are international businessmen, we have also been to Dubai and Riyadh. Istanbul is our final destination. We chose Istanbul because it is a multicultural city with a lot of people from around the world," Ajam says.

Ajam is just one out of an estimated 67,000 Syrians living in the metropolis, according to city governor Huseyin Avni Mutlu earlier this week. "Syrians in Turkey are not just poor refugees, there are also big businessmen and we are all the same. We came here to open new businesses," Ajam adds. "Istanbul has a very favorable business environment. This is the first time we opened a restaurant in Turkey and we did not face any difficulties."

However, some Syrians have run into problems while establishing their businesses, such as obtaining a license. "Life is more expensive here in Turkey and that is a problem for us," said to Akram Sellura, 64, owner of a small business in Istanbul. "We thank the Turkish people and the government for all their support.

After Istanbul we are planning to open branches in other cities," he says. In June there were 91 new Syrian-owned businesses out of a total of 401 new foreign companies, followed by German-owned firms with 26 firms.
Last Update: Jul 21, 2014 11:45 am
RELATED TOPICS