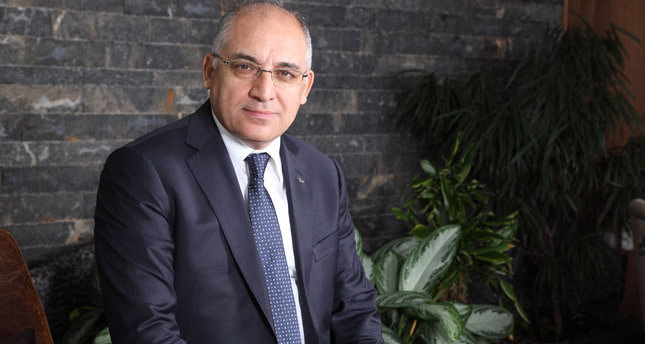 by Daily Sabah Aug 02, 2014 12:00 am
Turkey's exports amounted to $12.54 billion (TL 36.10 billion) in July, remaining flat compared to the same month last year, the Turkish Exporters' Assembly (TEA) has disclosed, adding that political fallout and the Iraq conflict took their toll on the country's trading partners. Turkey's top exporters' union said on Friday that total exports reached $92.7 billion in the January to July period in 2014 - a 5.7 percent increase - while exports over the last 12 months were $156.32 billion - a 2.2 percent rise.

The union said the recent drag on Turkish exports was due to the economic effects of EU sanctions against Russia and a decrease in exports to conflict-ridden Iraq, Turkey's second-biggest export market, which fell by 21 percent in June and 46 percent in July.

Meanwhile, the defense and aviation industry exports saw the highest increase with a 76.3 percent rise. Speaking on the matter at a press conference, TEA President Mehmet Büyükekşi noted that Turkey's export figures are benefitting from the growth observed in developed countries, especially the ones in Europe. Turkey's exports to EU countries with decreasing levels of imports have increased by 14 percent over the last seven months. Büyükekşi added that despite the negative developments in the regional markets, European demand is supporting Turkey's export industry.

In the first seven months of the year, four out of five of Turkey's major export markets were in Europe; Germany, the U.K., Italy and France. "Disorder is also rising in the Middle East and north of the Black Sea. The tension between Russia and Ukraine is damaging peace and stability in this region and unfortunately, such recent events have started posing serious risks for both Turkey and the world. Now, increasing the sanctions on Russia by the EU is being discussed," Büyükekşi said.

Büyükekşi further states that Israel's massacre in Gaza and other tensions in the Middle East are also affecting regional dynamics and economies. "These problems have adversely affected our exports to six countries in Turkey's nearby geography, where political risks are high. Serious decline occurred in our export levels to Libya, Egypt, Russia and Ukraine. We also need peaceful and stable neighbors," the president remarked.

The 4.3 percent annual growth rate of the Turkish economy announced at the end of the first quarter, which was above the expected levels, also caused foreign financial organizations to revise their forecasts. Lately, the Organization for Economic Cooperation and Development (OECD) increased its growth percentage forecast for 2014 for Turkey from 2.8 percent to 3.3 percent. The World Bank and Citigroup have also increased their forecasts; World Bank increased its forecast from 2.4 percent to 3.5 percent and Citigroup from 2.2 percent to 3.5 percent.

The Turkish economy has now achieved a balanced and qualified growth track with the support of exports. While there is a slowdown in imports and domestic demand, the increase in exports and the decreasing current account deficit is giving hope for the future growth of the Turkish economy.
Last Update: Aug 02, 2014 1:25 pm
RELATED TOPICS