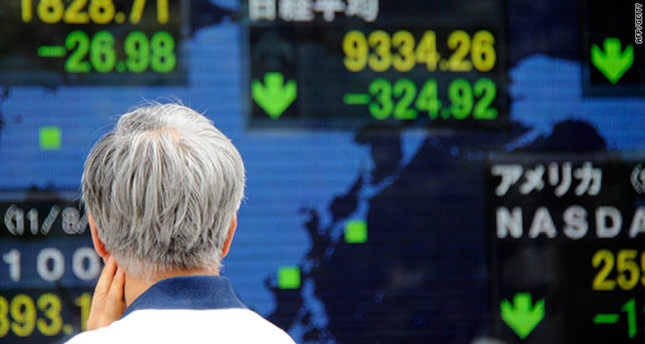 by AA Aug 07, 2014 12:00 am
Turkey's current account deficit for June is expected to stand at $3.89 billion, slightly lower than June of last year, according to a group of leading economists.

A panel of 14 experts surveyed by The Anadolu Agency forecast that the June 2013 deficit of $4.4 billion would have fallen to $3.89 billion this year.

Based on their average predictions, the year-end current account deficit is forecast to shrink to $47.9 billion. The Turkish Central Bank will release the official figures on August 14.

The downward trend began in January and gained momentum after the Central Bank introduced interest rate rises in response to the US dollar's rise against the Turkish lira in mid-January.

Exports were $12.54 billion in July and remained flat compared to the same month last year as political fallout and the Iraq conflict took their toll on the country's trading partners, the Turkish Exporters' Assembly said.