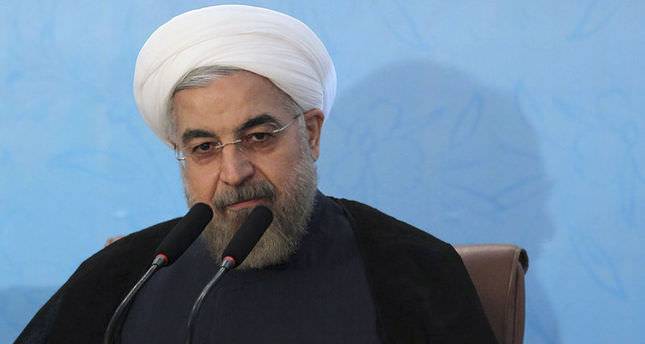 by Aug 12, 2014 12:00 am
Iran's inflation has been curbed and its recession is easing but economic growth will depend on the country increasing its non-oil exports, President Hassan Rouhani said Tuesday. Presenting an economic plan to parliament, Rouhani emphasized that a broad-based economy with more manufacturing is required, along with a hoped-for lifting of international sanctions.

"Two years of recession accompanied by 30 percent inflation are unprecedented in our history," he said, noting that the past year had seen a contraction of 1.1 percent, compared to -6.8 percent the previous year. "The current government inherited these economic problems," said Rouhani, criticizing his predecessor Mahmoud Ahmadinejad, though not naming him, for injecting massive amounts of liquidity into the economy.

He said inflation, which was 35 percent last year, is now under 25 percent and it should settle around that mark by the end of the current Iranian year in March 2015. "Control of inflation alongside a political way out of recession is the will of government," he said. "We must remove barriers for non-oil exports to allow for increased production and thus get out of recession," said the president, who added that his government would not resort to printing money.

An end to sanctions imposed because of Iran's nuclear program is also key to growth. But the new economic plan, which has been submitted to parliament for approval, is based on sanctions staying in place. "We have weakened the sanctions ... the lifting of sanctions is in the interest of everyone," Rouhani added.