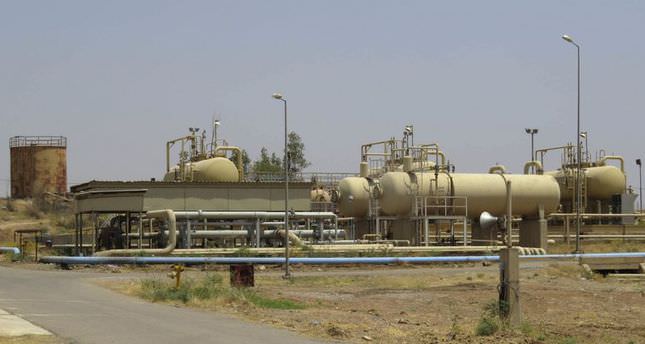 by AA Aug 13, 2014 12:00 am
Six international oil companies working in Iraq's Kurdish region, including Exxon and Chevron, have decided to suspend production and evacuate their staff for security reasons.

Their decision comes after clashes between Kurdish peshmerga security forces and militants belonging to the radical militant group known as the self-proclaimed Islamic State of Iraq and Al-Sham (ISIS), who are attempting to advance on the Kurdish regional capital Erbil.

"The regional administration is working to ensure these companies will have shares from allocated export production," said Ali Hussain Belu, undersecretary for the Kurdish regional energy ministry. He warned international companies working in oil fields to "not take any steps without close coordination with the Ministry of Natural Resources."

Belu also said that the regional administration in northern Iraq will continue to transfer crude oil to Turkey's southern Ceyhan port, where it is exported to international markets.

Iraq, with the world's fifth-largest crude oil reserves, is the largest producer in the Organization of Petroleum Exporting Countries, known as OPEC, after Saudi Arabia.

The militant group ISIS has been conducting offensives throughout Iraq and has ordered engineers and workers to continue production at oil fields they have seized.

The U.S. Air Force has carried out air strikes against the group in the past week, to stop its attempted advance on Irbil.

In a previous story on the suspension of oil production by a number of international companies operating in Iraq's north, the Anadolu Agency erroneously reported that the Anglo-Turkish company Genel Energy had halted its operations in the region. In a statement Genel Energy sent to the AA, the company has said that as a precaution it only suspended works in the fields where exploration efforts were conducted and that its oil production in Taq Taq and Tawke fields continued. This is the corrected version of the story.