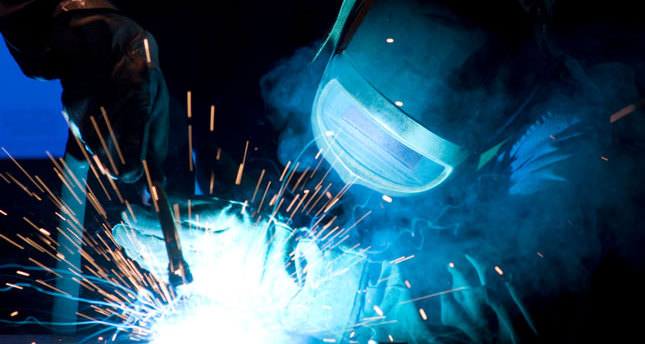 by AA Aug 13, 2014 12:00 am
The economists of international finance institutions agreed that Prime Minister Recep Tayyip Erdoğan, to be inaugurated as President, will have a positive effect on the Turkish economy in the shortterm but the political stability and reforms need to continue in order to establish stability in the long run.

Speaking to Anadolu Agency (AA), economist for Turkey of Berenberg Bank Wolf-Fabian Hungerland noted that they were expecting Erdoğan to be elected with an absolute majority. "Erdoğan will keep ruling the country. And his ascendance to the presidency will have a small effect on the markets," noted Hungerland. He further noted that the markets were waiting for the announcement of the new prime minister and cabinet, and due to the three-term rule of the AK Party, many names will not be in the new cabinet.

"The general elections in 2015 are very critical and will probably have an effect on the economy in the long run," said Hungerland. "While current Deputy Prime Minister Ali Babacan is an anchor for investors but he will probably not be in the parliament due to the AK Party's rules next year," said Hungerland and added that the markets will be closely watching which ministers are elected for the new cabinet. The new faces of the government will be followed closely by investors to secure stability and trust, and those in charge of economic policies promoting change will cause investors to become more cautious. "The Turkish economy is strong but fragile.

Within the last 10 years, economic growth was mostly due to consumption and the private sector. In the middle-term we believe Erdoğan will be successful but the new government needs to minimize energy dependency and dependency on foreign capital rather than savings-driven investment," said Hungerland.

ING Bank Group Manager Muhammed Mercan noted that after the general elections in March 2015, the Turkish economy might not be on the rise due to global conditions. Mercan also stated that politics will continue to shape the markets and uncertainties surrounding the markets. "The uncertainties in politics including the change in the management of the ruling party, the new cabinet and the names who are in charge of the Turkish economy to be changed may cause economic uncertainties as well," said Mercan.
Last Update: Aug 13, 2014 1:14 am
RELATED TOPICS