Turkey’s gas imports from Russia on the rise 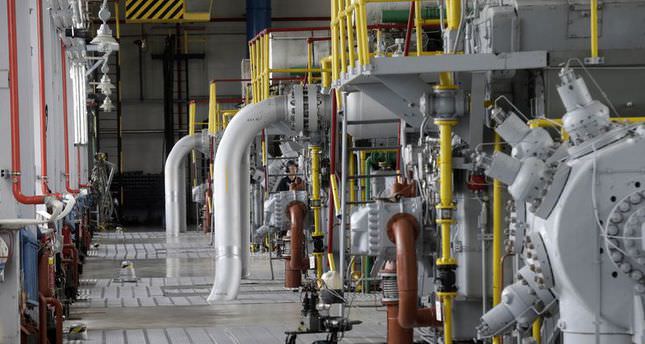 by Daily Sabah Aug 14, 2014 12:00 am
Russian company Gazprom's gas exports to Europe and Turkey has increased by 2.5 and 9 percent respectively in the first half of the year.
As one of the best customers of Russian gas, Turkey's imports from Russia are continuously rising.

Turkey, which satisfies most of its heating and electricity requirements through natural gas, has imported more natural gas this year due to the increase in the number of subscribers and the use of natural gas in housing and industry, as well as the decline in the amount of electricity produced through water sources.

Also in the first half of last year, Gazprom exported 78.86 billion cubic meters of natural gas to Europe, while this amount has hit 80.84 billion cubic meters in the same term of this year. Showing an increase of 2.5 percent, Gazprom's export to Europe has remained more limited compared to Turkey. Along with this development, Turkey's share in Russian gas that was exported to Europe, reached 17.40 percent while it was 16.36 percent in the first half of last year.