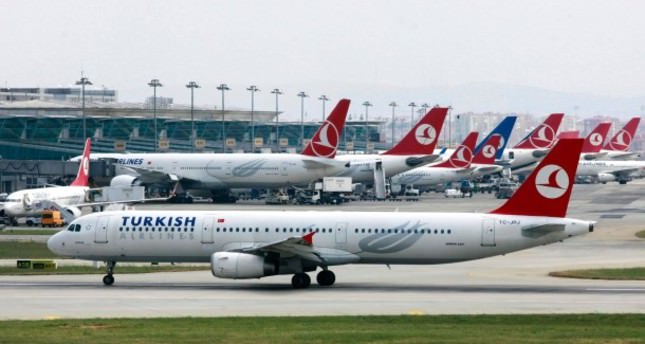 The figure marks a 15.2 percent rise from the same period last year, according to a Public Information Platform notice.

The flag carrier saw a 17.4 percent rise in domestic passengers and a 13.8 percent increase in international customers, the airline's statement added.

The seat occupancy rate fell by 0.3 percent from last year to 78.9 percent.

The airline has added 20 new international routes and two domestic routes, flying to 216 foreign destinations and 43 Turkish airports as of late July. Its fleet has also been increased, with 31 new planes bringing the total to 261.

The airline, which last month sponsored Barcelona and Manchester United in a pre-season football tournament in America, is the fourth largest carrier in the world in terms of destinations.