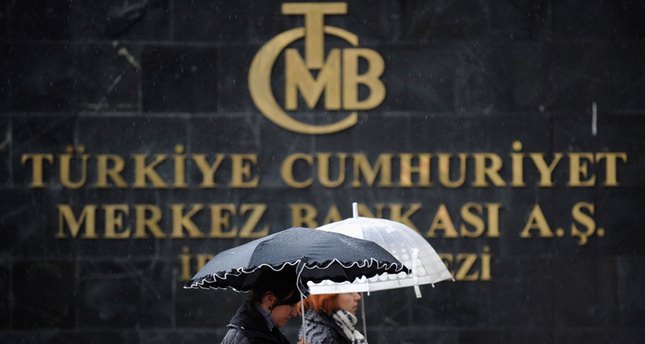 The sector's short-term foreign debt – the debt that must be paid in the next 12 months – also increased by $3.3 billion to $43.7 billion over the same period.

Data released by the bank indicated that more than half of Turkey's private sector long-term debt was in dollars, at 58 percent, with 34 percent in euros and 6 percent in Turkish liras.

For short-term debt, 48 percent was in dollars, with 40 percent in euros and 11.2 percent in Turkish liras.

Almost 60 percent of foreign credit comes from EU countries such as Germany and the U.K., the central bank reported. The financial sector, especially banks, has a 37.1 percent share in long-term private sector debt, worth $61.8 billion.

Analysts argue that Turkey's private sector debt is not at alarming levels. "When we look at the structure of companies we see that companies with Forex loans are usually well established firms at conglomerate scale. Those firms can afford employing professional staff capable of managing Forex risk," Tamer Yilmaz, a senior economist from Ziraat Investment, said.

"According to Turkey's central bank research in February of this year indicated that 63 percent of all companies in Turkey do not have foreign debt at all. And of the remaining 37 percent, a majority of the companies are exporters which means, these companies are naturally hedged against currency shocks.

"Therefore the bank monetary policy committee adopted a 'fire-wall' approach back in 2012. They came up with an innovation called Reserve Option Mechanism (ROM)," Yilmaz said. "According to the ROM scheme, commercial banks were offered to keep their reserve requirements in foreign currency. Quickly all banks in Turkey switched their reserve strategies and they prefer keeping dollars in the vaults of the central bank rather than Turkish liras. These dollars in the central bank vaults act as a buffer against a 'sudden-stop' scenario."

Turkish businesses and the public have increasingly used dollar accounts since May last year when the country was rocked by violent anti-government protests.

Companies and ordinary citizens have put $25.8 billion of their cash into U.S. dollars over the year up to May — the highest-ever annual amount — as they look to protect their savings from a depreciation of the Turkish lira, according to official figures.

Turkish dollar accounts grew from $56.8 billion to $82.6 billion in the year up to May, an increase of 45 percent.

Earlier this year, the Turkish lira lost more than 25 percent of its value against the dollar. On Jan. 28, the central bank introduced drastic interest rate rises in response to the dollar's rise against the lira.