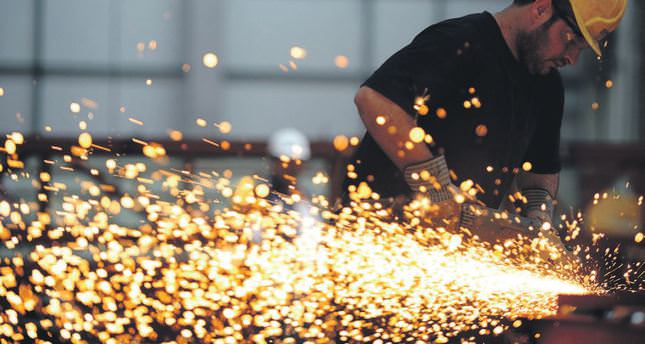 After the Turkish economy's performance in the first half of the year, international financial institutions and credit rating agencies have started to positively revise their forecasts regarding Turkey's economic growth for this year. Despite the recent emphasis on political fragility in Turkey, international credit rating agencies are continuing to revise their underestimated forecasts about Turkey's growth upwards. International financial institutions, who previously thought that external uncertainty, a poor growth rate in Europe and geopolitical tensions in the region could suppress Turkey's economic growth, have started to improve their forecasts, although they maintain their critical approach.

During an interview with Anadolu Agency, chief emerging market economist at Standard Bank Timothy Ash said, "I think we have all underestimated the strength of Turkey's economy for the last 18 months. Turkey's growth performance moved above expectations despite recent social tensions, currency flexibility and political recession."

Cristian Maggio, emerging economies economist at Toronto Dominion Securities, stated, "I agree that almost all of us underestimated Turkey's growth rate for 2014. Rating agencies put forward some critical points that can reduce the growth." Maggio noted that Toronto Dominion Securities also revised its forecast about Turkey's growth upwards, admitting, "A few months ago, I also revised my forecasting for 2014 as slightly lower than three percent and as high as 3.5 percent for 2015. Earlier, 'pessimistic expectations' regarding Turkey's economic growth mostly stemmed from high interest rates in Turkey. The central bank said that it would continue reducing interest rates, and this required us to revise our forecasts upward."

On June 23, the World Bank released a report entitled "Turkey Regular Economic Note" on Monday, and pointed to Turkey's high exports and sustained public demand when upgrading the country's growth rate forecast to 3.5 percent. During an interview with Anadolu Agency, Tatiana Lysenko, director at Standard & Poor's (S&P) and senior economist responsible for macroeconomic forecasting for Turkey said, "This year and in 2015, the Turkish economy will display relatively slower growth. Turkey's economic growth forecast for this year, which was projected as 2.4 percent in the report released in May, has been increased to 2.9 percent with a recent update, while it has been revised to three percent for 2015."

Moody's announced on April 11 that it increased its forecast for Turkey's year-end growth rate from 2.5 to three percent noting that Parliamentary elections to be held in 2015 may spark political and economic instability in Turkey. Senior director Janine Dow at Fitch Ratings, which is the first rating agency that upgraded Turkey's ranking to "investable level," noted on Aug. 19 that Fitch also increased Turkey's growth forecast from 2.4 percent to 2.7 percent.

U.K. bank Barclays raised its 2014 and 2015 growth forecast for Turkey on June 30 following the country's strong export growth and recovering consumer demand. Publishing an outlook report for emerging economies, Barclays said in its report that Turkey's growth was expected to accelerate starting from the second half of 2014. It said that the reason for the accelerated growth in the first quarter was because of strong exports that balanced stagnation in domestic demand.

Barclays also noted that decreasing political instability, better foreign demand and the global environment for capital inflows could speed up Turkey's growth. Barclays raised Turkey's growth forecast for 2014 from 2.2 to 3.3 percent while raising it from 3.5 to 3.7 percent for 2015.

U.S.-based lender Citibank revised up its 2014 growth forecasts for Turkey on June 11 as a result of the figures announced in the first half of the year. It increased the growth forecast rate from 2.2 percent to 3.5 percent. Citibank further underlined that Turkish assets can benefit from the positive global outlook in the short-term; however, the need for major foreign financing is still keeping the economy fragile especially when sudden changes that may occur in investors' trust are considered.
Last Update: Aug 21, 2014 9:45 am
RELATED TOPICS