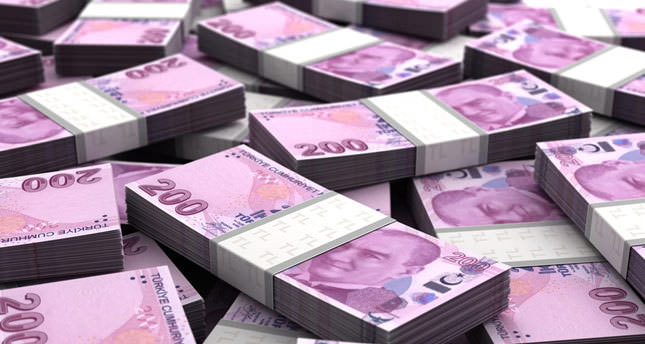 The Central Bank of the Republic of Turkey (CBRT) will hold its ordinary Monetary Policy Committee meeting on Aug. 27 during which it will make its interest rate decision - an issue which has been occupying the agenda of economists in Turkey since the bank radically hiked the rates in January reasoning political turbulences and the Fed's tight policies. Despite the ongoing demands by industrialists and the government for the continuation of interest rate cuts, analysts think that it is a slim possibility that the CBRT will launch a policy rate cut in August's meeting.

A total of 13 out of 20 brokerage firms that participated in a survey conducted by Reuters predict that the policy rate will be kept constant at 8.25 percent, while only 7 of them expect a rate discount. It is striking that one of these seven firms estimates a 50 basis point discount while the remaining 6 firms expect a cut of 25 basis points. All of the firms that took part in the survey estimate that the current upper band of the interest rate corridor will remain stable at 12 percent in August.

Even though the CBRT forwarded that developments in the global risk appetite and a possibility of inflation decrease are the impetus behind the interest rate cut, markets think that the inflation fall will not sufficiently relieve the central bank enough to introduce a rate reduction. In July, the CBRT reduced the one-week repurchase interest rate by 50 basis points and thus, with the discounts it introduced for three months in a row, it dropped its policy rate by 175 basis points in total.

Odeabank Economic Researches Director İnanç Sözer said that due to the decline in the global risk appetite and inflation improvements, the CBRT should suspend interest rate reductions in August and continued, "We can talk about the interest rate discounts if the inflation rate improves in the next term.

Henceforth, the rate discount may be seen in the upper band of the overnight lending rate corridor, instead of the policy rate. In the next term, depending on the course of the Turkish lira, interest reductions that can be made on the upper band will more positively affect domestic demand and loan interests."

Elif Girgin, chief economist at Şeker Investment, noted "I believe that raising a question mark in minds will cause a greater loss of credibility compared to a 25 basis point discount, which we regard as the final step. As long as the upper band of the corridor remains at 12 percent, policy rate reductions may be reversed through liquidity policies."

Speaking to Daily Sabah, president of Nişantaşı University and economist Dr. Kerem Alkin noted that the Monetary Policy Committee (MPC) will take in to account not only internal developments but also global trends as it makes its decision on interest rates. "The U.S. dollar has considerably increased in value against the currencies of emerging economies, which is one of the main items of the MPC's agenda. The central bank will re-position Turkey's monetary stance in accordance with its global rivals' positions, which are basically other emerging countries. When we consider all these developments in global and domestic markets, an interest rate cut decision is unlikely to come out of the MPC's meeting on Aug. 27," Alkin said. He further remarked that markets are aware of the fact that political stability will remain in the country. "The current political environment is quite solid and stable. If the central bank holds the interest rate stable, political uncertainties will not be a reason for that," Alkin concluded.

A group of leading economists has predicted that the CBRT will keep interest rates on hold in the short term. Twenty experts surveyed by The Anadolu Agency expected little if any change in interest rates, which will be decided on by the bank's monetary policy committee. The committee reduced the rates by 50 and 75 basis points at its May and June meetings respectively. The government has criticized the bank for maintaining high interest rates, describing it as a constraint on economic growth. In January the bank introduced drastic interest rate hikes in response to the rise of the U.S. dollar against the Turkish lira.
Last Update: Aug 26, 2014 9:35 am
RELATED TOPICS