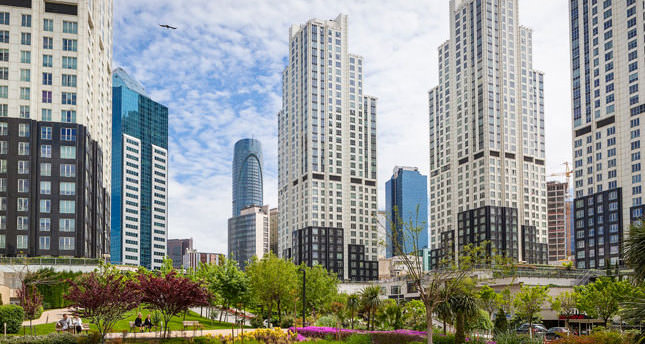 by AA Aug 26, 2014 12:00 am
Property sales in Turkey fell by 20.2 percent on an annual basis during the month of July, which is mainly due to summer holidays along with the holy month of Ramadan and the presidential election. According to House Sale Statistics released Monday by the Turkish Statistical Institute (Turkstat), 85,101 houses changed hands in Turkey in July. Of those sales, 1,473 were sold to foreigners, with approximately half of them in Antalya, the country's holiday hot spot, government statistics show. Following the holiday resort province of Antalya where 569 houses were sold to foreigners, Istanbul ranked second with 416.

The southwestern province of Aydın ranked third with 104 properties. Julian Walker, director at Spot Blue International Property which deals with property in prime Turkish areas like Istanbul, said "I would also expect sales to drop during the summer months as well with various holidays. The recent elections might have also held some people off from buying until they saw the outcome."

Turkey's All Real Estate Agents Federation President Haci Ali Taylan opined that the increase in the number of houses sold in July was artificially inflated and could be traced back to two reasons: the first is the holy month of Ramadan which began on June 28 this year which saw the postponement of landowners and buyers to either buy or sell property. The second reason could be attributed to the presidential election which was held during the summer holiday on Aug. 10. Those interested in buying or selling property wanted to see the outcome of the results before any investment decisions were made.

Taylan also stated Turkey offers competitively priced property to foreign buyers, Turkish hospitality, a more economical lifestyle and affordable shopping compared to their native countries. "These reasons make investors eager to buy properties in the country," he said. Taylan said the real estate market would see an increase in activity, particularly following the end of the holy month of Ramadan and at the end of the election. "Now we can see that banks have started to cut mortgage interest rates. The next 20 to 30 years in the real estate sector will continue to grow in the country
because of the demand," he said.
Last Update: Aug 26, 2014 1:34 am
RELATED TOPICS